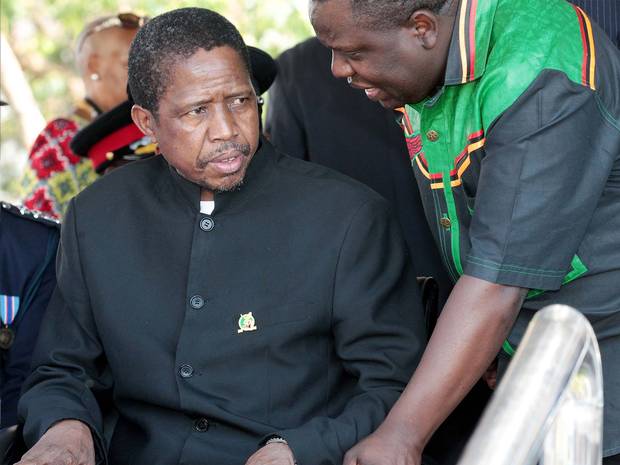 CHOMBA MUSIKA, Choma
THE United Party for National Development has welcomed President Lunguâ€™s call for police to arrest Patriotic Front cadres who are mocking and perpetuating violence following the UPNDâ€™s loss in the presidential election.
In an in interview yesterday, UPND deputy spokesperson Cornelius Mweetwa said it was time to focus on development.
On Wednesday, Mr Lungu said violence, if left unchecked has the potential to escalate into anarchy and that police should move in quickly and bring to book anyone who is becoming a nuisance.
â€œMy colleagues in the PF stop the rot of harassing and provoking your colleagues and my colleagues in the UPND.Â  You park the campaign vans and put the festive mood of campaigning behind us,â€ Mr Lungu said.
The Presidentâ€™s directive for police to curb violence has elated Mr Mweetwa who has since appealed to PF cadres to heed the Presidentâ€™s appeal for peace.
Mr Mweetwa who is also Choma Central member of Parliament underscored the need for all stakeholders to denounce all forms of violence because the vice is an impediment to the growth of democracy.
â€œWe note the directive by the President, his proclamation against violence is long overdue and we welcome it.
â€œA country where victors mock the people who lose elections defies the logic of democracy and we hope these PF cadres will heed Mr Lunguâ€™s advice so that we can all now talk development and not politics,â€ Mr Mweetwa said.
Meanwhile, in a bid to put an end to political violence, Government has deployed police nationwide in several markets to curb acts of violence and intimidation.