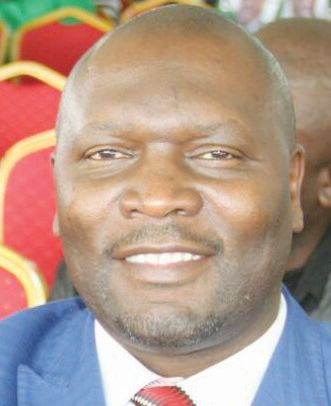 Analysis: LAWRENCE MWELWA
ZAMBIA has a defined set of national values and principles, all of which are under article 8 of its constitution. In his 2019 report of Zambia’s national values and principles, President Edgar Lungu brought out very important things needing the attention of all Zambians. My attention is drawn to two of them, the first being ‘morality and ethics.’
Zambia is indeed among those nations where girl-children or women are considered to be as human as their male counterparts. This can be seen in how girls are enrolled in their numbers into schools: from primary right through to higher Learning. A number of employed women, housewives and ladies who pursue their studies.
Also, others are seen studying in their numbers at various higher learning institutions dotted across the country. In our world, one which at times is prejudicial, stereotypical and discriminatory in the manner it handles girls and women, I cannot help but give a ‘big-pat’ on the back of President Lungu and his Government for the virtuous strides made by promoting moral and ethical conduct in the area of gender based violence.
To many, the term ‘gender-based-violence’ is something restricted to physical harm. However, it goes far beyond, as it may be said to be any action or words which disadvantage, injure or harm.
Such injury or harm -which may be physical, psychological or emotional, can also be caused by depriving victims of humane treatment given to their male counterparts.
The more I see more and more girls and women accessing education, the more I commend Government for making notable strides in ensuring moral and ethical conduct in the area of gender-based violence. In the spirit of re-colonising, rewarding and commending the good things done by government for scoring in this area fighting gender-based violence, all Zambians must give appropriate response.
Failing to commend or reward President Lungu’s Government where they have scored, while blowing the loudest trumpets of ridicule and mockery in areas they seem to struggle is ethically and morally wrong.
The other aspects of the President’s address to Parliament on morals and ethics which caught my attention was the role of media houses in influencing moral and ethical conduct among our people. Indeed, media houses must be ethical and sensitive in their manner of reporting. Media can impact positively or negatively on national peace, all dependent on whether or not they practice ethical and moral conduct in their operations.
One of the roles of good leadership is that of ensuring societal peace, stability and harmony.
To have a Zambia where bloodshed, anarchy and war is foreign is too ‘Big’ a blessing to ignore. Who would want to live in a society where one does not know whether their necks would be intact the following day?
A government which does not care about the security and stability of its people is not only irresponsible but also incompetent.
The current government’s consistent sensitisation on the importance of media ethical conduct-as seen in the President’s address to Parliament is a clear indication that it has the interest of its people at heart.
Information which is released through media platforms must be that which promotes and upholds unity.
President Lungu’s continual condemnation of political violence must be seen as a demonstration of true love and care for the people he leads.
Yes, academic cheating is immoral. President Lungu said and I quote, “Examination malpractices have remained a concern to the nation and are retrogressive. Perpetrators of this crime should understand that there is no short-cut to genuine success. One of the ripple effects is that people get used to malpractice and apply it in other spheres of life, leading to a growing number of deceitful people in society. In addition, our institutions of learning will produce a sub-standard human resource that cannot effectively respond to the development needs of the country. I am, therefore, pleased to inform this august house that Government has put in place measures to bring this vice to an end”.
Why is it immoral? Because when someone is cheating, he tries to get a better grade without having an appropriate level of knowledge. I have always said that “The one who cheats in exam is more dangerous than the one who forges the certificate because the latter can be traced and removed from the system” Let’s stop the vice, let us support ourselves.
Surely, President Lungu has done his best in promoting and sustaining peace in this our great Nation. Why can’t all Zambians rally around and behind this gallant President and sing the unity song he keeps singing.
The author is executive director at Chreso University.