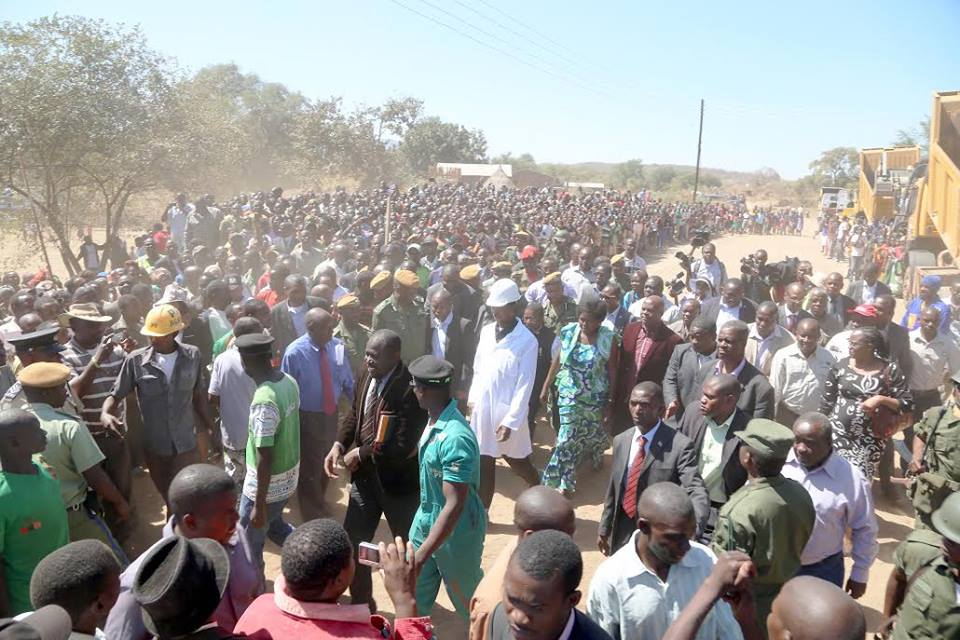 STEVEN MVULA, Maamba
RESIDENTS of Maamba yesterday turned up in large numbers to listen to President Lunguâ€™s message of unity, love and development at a rally held at the townâ€™s stadium.
President Lungu mesmerised the people by speaking in Tonga, the local language.
â€œMulibuti? Mebo ndime Edgar Chagwa Lungu (How are you? My name is Edgar Chagwa Lungu). I am your President elected by you the people of Zambia,â€ President Lungu told the cheering crowd.
And President has branded former Kasama member of Parliament (MP) Geoffrey Mwamba as a tribalist who has a common feature of tribalism with United Party for National Development (UPND) leader Hakainde Hichilema.
President Lungu condemned Mr Mwamba for his tribal remarks made in Kasama that he has not appointed a Bemba vice-president.
â€œGBM thinks only a Bemba can be a President of this country. Similarly HH thinks only a Tonga can be a President. They have something in common – tribalism,â€ President Lungu said.
The President said he wants to work with people from all the provinces because he does not believe in tribalism.
He said one does not have to belong to a particular tribe to be President of Zambia because all tribes are equal.
President Lungu said he runs an all-inclusive Government.
â€œYou donâ€™t become a president of your tribe. Leadership is from God and if you are a good man, we will embrace you,â€ he said.
President Lungu declared that he and the PF will win next yearâ€™s election convincingly.
â€œIt is my time to rule. So let me work. If I fail, vote me out when election time comes,â€ President Lungu said.
The head of State also warned Patriotic Front (PF) members and leaders against tribalism saying the vice has caused wars in other countries.
And President Lungu says his critics must offer solutions instead of merely talking.
â€œThose of you saying we have failed to manage the economy, give us answers. Show us how we can have rain so that we have enough electricity. Tell us how we can increase the price of copper at the international market,â€ he said.
Earlier, President Lungu visited Maamba thermal plant which is expected to start generating power by January next year.
The President was impressed with the scope of works at the thermal plant.