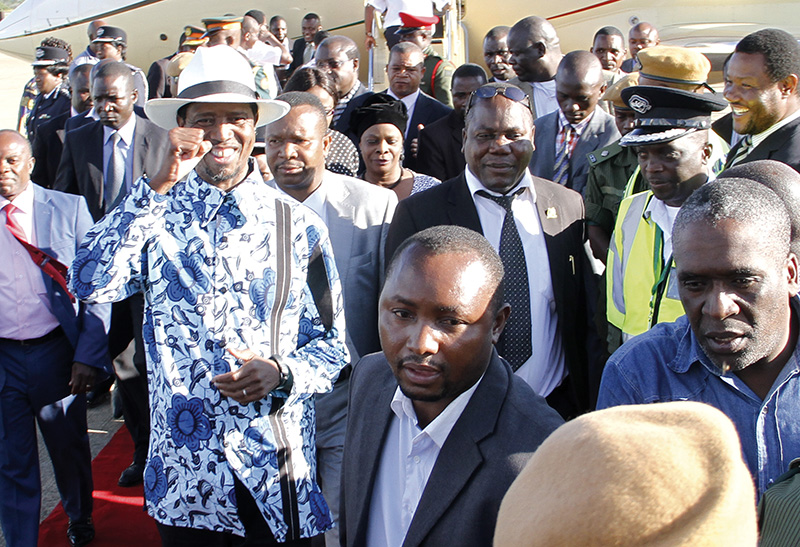 STEVEN MVULA, Lusaka
GOVERNMENT intends to institutionalise a medical team that will be looking into the health of the president, Vice-President Inonge Wina told parliament yesterday.
And Mrs Wina has assured that Government will soon amend the statutory instrument (SI) on retirement age.
Mrs Wina said traditionally, presidents have been choosing their own doctors but the current government wants to change the status quo.
She said this during the Vice-Presidentâ€™s question time in Parliament yesterday in response to Kamfinsa Member of Parliament (MP) Moses Chishimba (PF), who wanted to know how the health of the presidency is managed.
In response, Mrs Wina said the health of the President is a matter of national priority and so must be protected.
â€œThe PF government wants to institutionalise the medical team. This is practised in other countries,â€ she said.
Mrs Wina said the Ministry of Health will soon inform the nation through parliament on what is being done.
She said institutionalising the presidentâ€™s medical team will put an end to speculation about the presidentâ€™s health.
Mrs Wina said presently, everyone can comment on the presidentâ€™s health with others getting annoyed.
And Mrs Wina informed the House that Government will soon revisit the controversial retirement age.
Mrs Wina was responding to a question by Milanzi MP Whiteson Banda (MMD), who wanted to know whether Government will re-look the issue of the retirement age.
â€œThe issue of the retirement age is very contentious and President Lungu during campaigns promised to revisit it once in power.
â€œThat commitment is still there and cabinet will soon decide. I know the SI will be amended,â€ she said.
Meanwhile, Mrs Wina has appealed to leaders to inculcate attributes of peace in young people.
She was responding to Namwala MP Moono Lubezhi (UPND), who wanted to know why the PF allegedly allowed its cadres to demonstrate with coffins and dressed a dog in United Party for National Development (UPND) regalia.
â€œIt is up to all political leaders to preach peace to their cadres. As for the PF, we are very peaceful and in fact we have been teaching our youths to respect and uphold peace.
â€œWe do not allow youths to carry coffins and we wonder why some political parties allow their women to demonstrate bare-breasted,â€ Mrs Wina said.
She said all leaders have a stake in upholding the countryâ€™s peace.
â€œWe need to ensure that young people adhere to values. The PF is teaching its cadres good manners. We are a peaceful party,â€ Mrs Wina said.