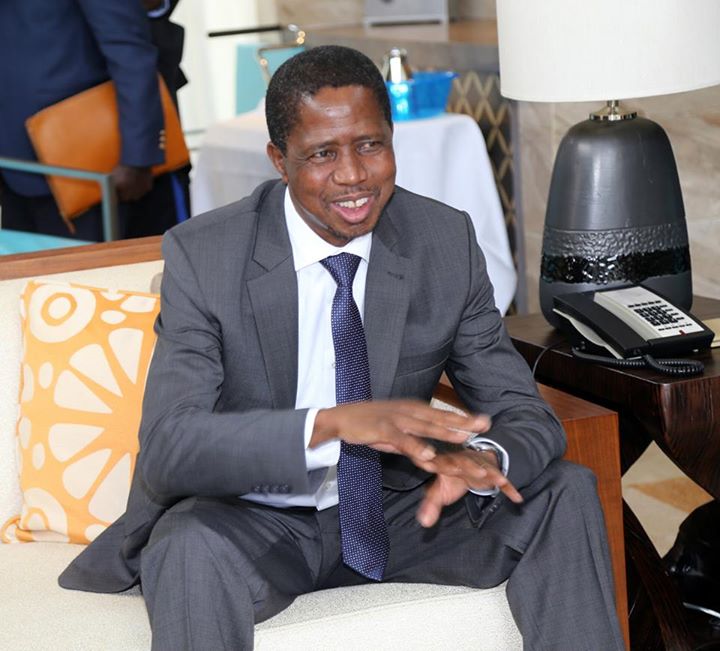 THE gesture by President Lungu to donate 10 percent of his monthly income to the Presidential Marketeers Empowerment Fund cannot go without commendation.
The gesture by the head of State is not only praiseworthy but a solid confirmation of his selfless nature and desire to make life better for the underprivileged in our society.
According to the Presidential Empowerment Fund patron Chanda Kabwe, President Lungu has allocated a portion of his salary to the funding of the marketeers initiative, which seeks to help street and market traders.
President Lungu becomes the first sitting head of State to sacrifice part of his income towards the cause of the underprivileged in society.
The initiative, which was established in October last year, is aimed at helping vulnerable micro and small-scale entrepreneurs such as marketeers and street vendors, who do not have access to banks and micro-financing companies, to access interest-free soft loans to boost their businesses and grow their capital base.
At the establishment of the initiative, President Lungu promised to source for funding for the initiative as well as make his personal contribution.
It is indeed encouraging that the head of State is leading by example by contributing a tenth of his monthly earning in a bid to uplift the lives of many traders, most of whom are struggling due to lack of capital.
The Presidentâ€™s monthly contribution will no doubt boost the revolving fund, thereby giving an opportunity to more traders to access it.
The fund, which has so far been accessed by over 8,000 traders, is indeed a practical way of boosting micro businesses, thereby eradicating poverty both at household and national level.
It is indisputable that for those traders who will be prudent enough in investing these soft loans, fruits will bear sooner than later.
An American author, teacher and researcher Leo Rosten once said that the purpose of life is not to be happy – but to matter, to be productive, to be useful, to have it make some difference that you have lived at all.
We, therefore, believe that even after President Lungu is long gone, the seeds of charity he is planting today will live on and he will be remembered as a man who touched many lives.
It is expected that these funds, if prudently utilised by recipients, will help build business empires which will benefit future generations.
One American philanthropist John D Rockefeller observed that â€œcharity is injurious unless it helps the recipient to become independent of itâ€.
It is indisputable that President Lunguâ€™s charitable contribution is one that helps many to become independent thereby breaking the cycle of poverty for future generations.
The gesture by President Lungu is indeed reaffirmation of his belief that those in leadership or privileged positions should endeavour to give a helping hand to the less privileged as emphasised in the scriptures.
In line with his belief, President Lungu took many by surprise when he visited prisoners at Lusakaâ€™s remand prison in August, making him the first sitting head of State to visit the facility.
While President Lungu has shown the way, we expect others in more privileged positions, especially politicians and businessmen, to emulate his gesture.
We all know that nobody can do everything, but everyone can do something.
For greater impact, we need more of our leaders to come to the fore and sacrifice towards different causes.
Imagine how many underprivileged children will be given an opportunity to study if all Cabinet ministers and members of Parliament contributed a small portion of their salaries to create a scholarship fund.
What we need is mindset change by all those in privileged positions to realise that â€œtrue greatness, true leadership, is achieved not by reducing men to oneâ€™s service but in giving oneself in selfless service to themâ€.