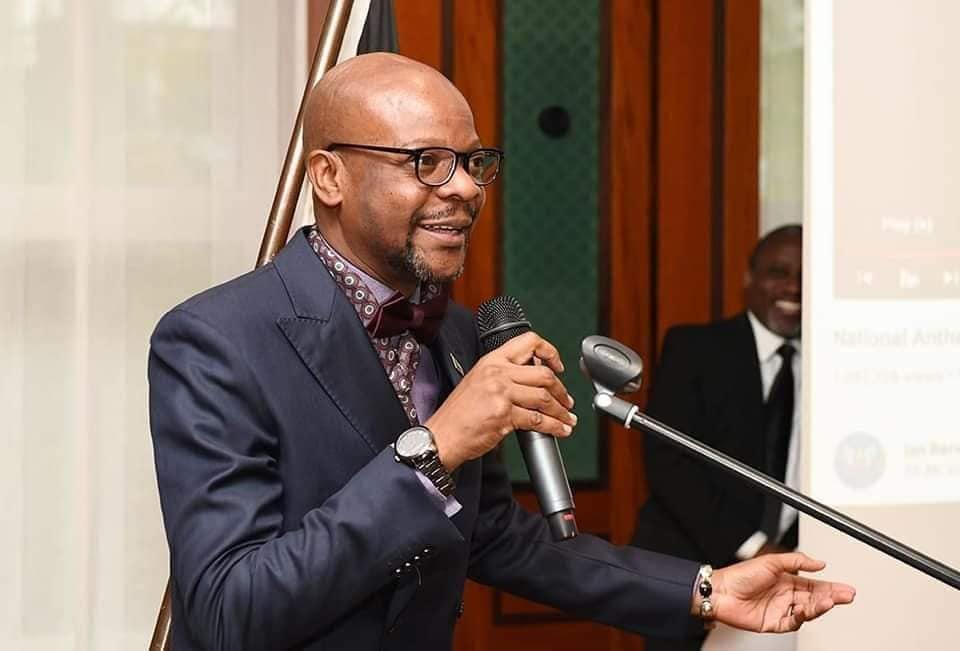 ANTHONY MUKWITA
A DECADE ago, Muammah Gadhafi, the President of Libya, was assassinated in cold blood on October 20 in full view of international media that beamed the whole thing live out of the city of Sirte. Colonel Gadhafi was known for many things.
The Western media called him a pariah and dictator, while African leaders that benefited from his generosity during their fight against colonialism saw him as a hero. I personally, as a student of international relations and economic diplomacy,
recall Col Gadhafi for two things. Firstly, I recall him as an advocate of a stronger united states of Africa and, secondly, as an advocate of a single African economy that would embrace one currency and break down artificial trading barriers.
There was no love lost between Gadhafi and the Western media. Enter President Lungu, Wamkele Keabetswe Mene indaba
I was inspired to watch the news featuring President Edgar Lungu hosting the Secretary General of AfCFTA, Wamkele Keabetswe Mene, in Lusaka on April 14, 2021. My take is that President Lungu breathed life into the ongoing narrative on the actualisation of the agreement. What did President Lungu say regarding the agreement? In President Lungu´s own words, “I am a firm believer in intra-Africa trade. If you don’t have economic clout, no one will listen to you, hence Zambia is subscribing to the African Continental Free Trade Area.” Those words were gold, forward looking to a Zambia and an Africa “We Want” to see because national leaders are trailblazers. That’s why you hear terminologies like we need “political will”.
What is this free trade, why should Zambia care ?
Buzz words come and go and ordinary Zambians like you and me often get lost in translation, hence the reason I burn the midnight oil to share my thoughts.
For instance, a study by the Africa Centre for Economic Transformation (ACET) gives the insight below.
What the trade deal will do for Zambia AfCFTA is looking at “a day we take Africa a step closer to a vision of an integrated continent, a vision of an integrated market on the African continent”, according to the Agreement boss.
ACET cites the AfCFTA boss Mene as saying, “This deal should not just be a trade agreement. It should actually be an instrument for Africa’s development.” Mene adds, “In this regard, we have seen the World Bank produce a report that projects that by the year 2035, if we implement this agreement effectively, we have the opportunity to lift out of poverty one hundred million Africans.”
How many Zambians do you see in that one hundred million being lifted out of poverty thanks to Edgar Lungu ratifying the agreement?

The majority of this one hundred million Africans that will be lifted out of poverty are women. “It will be the opportunity to close the gender income gap, and the opportunity for SMEs to access new markets.”
Where does Zambia and Africa stand now? The 54 countries, including Zambia, thanks to President Lungu, have signed this agreement, 33 have ratified it, and 40 have submitted their tariff offers, studies say.
AfCFTA will be the biggest trading bloc after the World Trade Organisation (WTO), a single market of 1.3 billion people with combined GDP of US$3.4 trillion. These are huge numbers economically for job creation and poverty reduction.
Once in place, intra-Africa trade is expected to grow by 33 percent, and Africa’s total trade deficit is expected to be cut in half. In addition, AfCFTA could generate combined consumer and business spending of US$6.7 trillion by 2030, according to the Mo Ibrahim Foundation.
The IMF revised its GDP growth forecast for Africa from 5.1 percent before the pandemic to -1.6 percent in 2020.
When he met President Lungu, AfCFTA boss Mene said, “We have been able to secure trade funds of about 1.5 billion dollars for SMEs to expand their businesses.”
What is Zambia doing to secure just US$1 million annually for our SMEs after Mene met our President?
“We’re collaborating with the United Nations Development Programme to make sure this support is accessible to all segments of society,” Mene told President Lungu.
“For countries facing fiscal challenges and are not able to support their small businesses, we will be able to access funds from African Export-Import Bank (Afreximbank) under the trade fund facility to assist them. We will not leave any country behind.”
Of gold, copper, cobalt, land, and gold of Africa
On a positive and optimistic note, we already have the political will because President Lungu has ratified the agreement.
It’s up to Zambia to monetise our more than 60 percent youthful population, have them skilled and working in readiness for the breaking down of artificial barriers.
Let’s produce not 3 million metric tonnes of corn annually for Zambia, but target 20 million tonnes to feed 1 billion fellow Africans.
When Danny Kaya does a hit song, he must have in mind an album he can sell to 1 billion Africans at US$1 per record, not 17 million Zambians.
Start thinking about the shortage of vegetables, fruits and corn in Africa of millions of tonnes because 1 million yawning investment opportunities of maize, tomatoes and onions exist under the agreement.
Zambia´s competitive advantage surrounded by eight countries is but a starting point.
President Lungu has already signed the agreement, the rest is up to you and me.
President Lungu´s indaba with Mene inspired this personal essay and when I spoke to my spouse on why I was writing this, she said, “Now I understand”.
Zambia needs lauding for being first among equals.
A strong and united Africa could rival blocs such as the EU, Asian groups and others. United we are strong; we could kill poverty.
Don’t leave everything to President Lungu.

The author is Zambia’s Ambassador to Germany

Four comments and a suggestion for the World Bank board

Land should be affordable to all