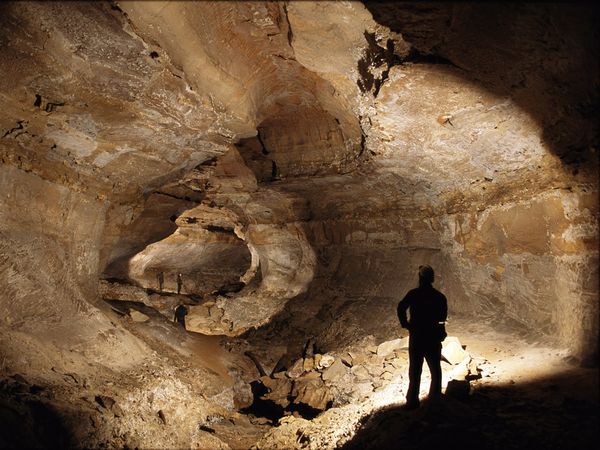 CHEELA CHILALA
BACK in 2010, while studying in the United States, I visited Mammoth Cave, the worldâ€™s longest known cave system, located in the Mammoth Cave National Park in the American state of Kentucky. It is one of the prime destinations for tourists visiting Kentucky.
And there are good reasons.
First, the Mammoth Cave is an incredible place with an incredible history. Second, the cave system wasnâ€™t created by humans but by rain water and the Green River over a period of thousands of years. The caves also have fish without eyes.
The park ranger who acted as guide did a good job of explaining issues about Mammoth Cave. One of the things I found quite interesting, though, was his explanation of how the cave was discovered in modern times.
The area, of course, was once inhabited by native Americans â€“ in particular the Shawnee and Cherokee Indians â€“ who hunted for food in the surrounding forest.
According to legend, a man called Houchins, a descendant of British settlers, lived in the Green River area. One day in 1797, he went hunting in the forest. He came across a bear and shot it. Wounded, it ran away to save its life. Determined to finish it off, Houchins followed it through the thick woods. But the bear suddenly disappeared. Puzzled, Houchins followed the bearâ€™s blood trail, only to stumble upon the entrance to the cave, and realised the bear had run into the cave. Thus, rather accidentally, Houchins became the first European to discover Mammoth Cave.
The legend of Houchinsâ€™ discovery fascinates me. And hereâ€™s why: the man pursues a bear, but ends up discovering something much more valuable. The word for this kind of thing is â€˜serendipityâ€™ – discovering something unrelated to what one is looking for.
I am a firm believer in the importance of strategic planning and staying focused on our plans and goals. But then I am equally a believer in the role of serendipity in our lives. Some of the best achievements of our lives may be a result of serendipity and not what we actually planned or expected.
Being focused doesnâ€™t mean being blind to whatâ€™s happening around what we are focusing on. It doesnâ€™t mean we close our ears to the noises around us. It only means we donâ€™t allow the noise or events around us to make us forget our dream or goal.
Some businesses have grown because of serendipity. Some individuals have become great all because of serendipity. Some police officers have gained promotion after responding to serendipitous situations. Even in soccer, some strikers have scored goals rather serendipitously: the ball just fell at their feet when they didnâ€™t expect it, and they scored. They just happened to be in the right spot at the right time.
All I am saying, I suppose, is that, while you tread the path to your dream, keep your eyes and ears open to serendipitous occurrences. They might just open the door to greater blessings.
But then thereâ€™s a catch to benefiting from serendipity: you must be pursuing something, and you still must have a plan and a goal. Houchins didnâ€™t discover Mammoth Cave by lying in his bed and day dreaming about shooting game or bears. He went out and plunged into the woods, and he was well aware of the danger from bears.
If you fear the bear, you wonâ€™t enter the woods and, of course, you wonâ€™t benefit from serendipity. Itâ€™s only when youâ€™re on the move, when youâ€™re pursuing a goal or trying to implement a plan that serendipity smiles at you. It only happens to those whoâ€™re on their way somewhere in search of something; those who are active.
cheelafkc@yahoo.co.uk

E-cigarettes a new kind of cool?
Dress etiquette for civil servants Vs fashion