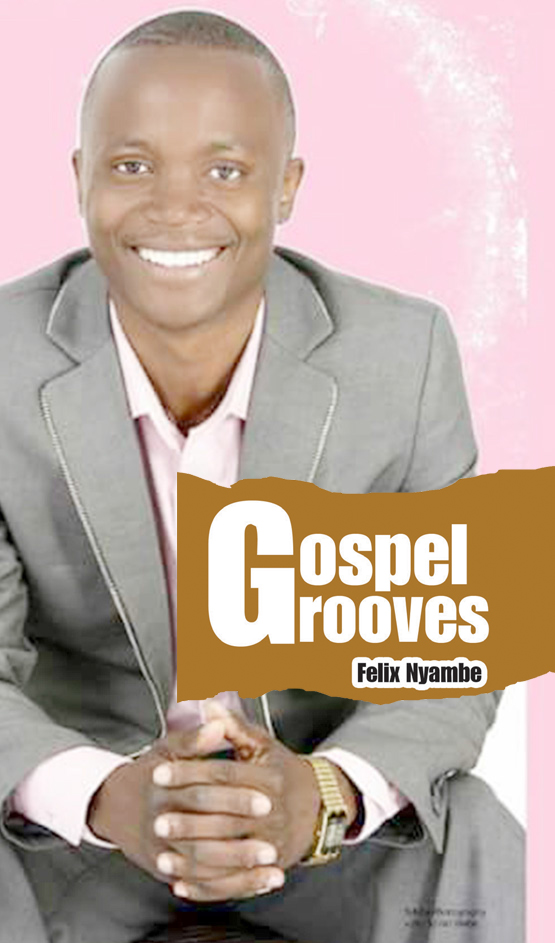 Gospel Grooves with FELIX NYAMBE
THAT he fought a good fight and ran his race is indisputable!
For once, hundreds of mourners gathered at Cathedral of the Holy Cross in Lusaka recently to bid farewell to one of the most revered gospel artistes, Potipher Mpundu. He was 29 (he would have turned 30 on August 30).
Potipher, best known and acknowledged for his huge contribution on Kings Malambe Malembeâ€™s four albums, died of low blood pressure on August 6 and was put to rest at the Old Leopards Hill cemetery.
A solemn gathering at the Cathedral of the Holy Cross paid its last respect to Potipher, who only three years ago, released his comforting album Nankonko which brought us the hugely anointing Kanjimbe.
To those who are less initiated in gospel music, Potipher was that eagerly God-fearing ambassador of the gospel who worshipped and praised the Almighty in truth and spirit.
The self-employed University of Zambia (UNZA) graduate was marveled by many, going by the defying number of eulogies that swept through the Cathedral Church on that cold day of August 10.
Gospel artistes, the clergy, gospel music followers, the young and old, all gathered to say bid farewell to the singer who was liked by many in various communities.
The social media was also abuzz with messages of heartfelt condolences to Potipher, who by nature, was a reserved and inspiring minister of the gospel.
In one of his rare interviews with this writer via-mobile phone, Potipher said he was pleased to be associated with the gospel. The artist said when he released the song Ndelolela, he was not ashamed to wait for the coming of the Lord.
â€œOh how I just love to give thanks unto the Lord for it is so wonderful and pleasant to be in His presence,â€ he once stated.
The singer was talking about the release of his album Nankonko which is so refreshing and comforting to all those who wait upon the mercies and love of God.
Songs such as the title track Lesa Alishiba which features Kristin Nkole, Kings and Philimon collectively known as the Royal Gospel band, and Takulikumbi as well as One Day all made up his sophomore album.
Oh, and there was Bwacha, Lesa Ewimya, Ambuye, Lesa Wesu Mukulu and Niwe Lesa that all exalted and glorified the Lord in all His wisdom.
Produced, remixed and mastered at Jeremidy Sounds under the watchful eye of producer Kapalu Kahumu, the album was the very reason that today many of his followers can safely say â€œLord, we thank you for Potipher because you are Holyâ€.
But years before this album, Potipher was the architect of some refined song and dance on Kingsâ€™ debut album Uwampela Ameno.
With songs such as Nalikosa, Bangwele, Sobelenge, Tefyakubantu and Mwamfumyapa, Potipher creatively fused his voice with that of Kristin, Kings, Philimon and Papa Bruno, making the whole album a master piece.
After that album, in came No Retreat and Pye Pye Pye and the songs Bana Bana, Double & More (ft. Zimbabweâ€™s Mbare Freedom group), Twimwike and Wikile, Nalemona Kwati and Ndemikabila.
And just when those in the music industry thought they had enough of Potipher, he was back with Kings on the album Shut-Up (let God speak) and who would be quiet about his ministry?
Enough Is Enough, Amalumbo, Apapopene, Ni Lesa Fye, and Itâ€™s not Over, all made up the 2014 album which came a year after his own Nankonko.
True to Apostle Timothy 4:8, Potipher fought a good fight and finished his race because he kept his faith and now there is in store the crown of righteousness.
To his family, friends, the Christian community and the music fraternity at large, weeping may have started from Saturday August 6 to 10, but surely joy has come to all those who believed and raised the banner of preaching along with Potipher. Farewell thee Potipher Mpundu!
fmmusik@yahoo.co.uk, 0979360993/0964873656.