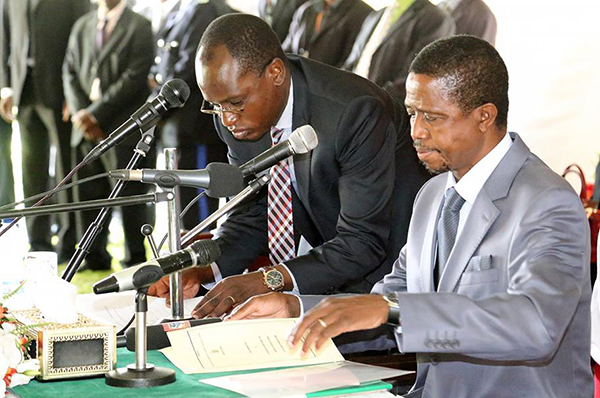 STEVEN MVULA, Lusaka
SPECIAL assistant to the President for press and public relations Amos Chanda has described as total fabrication a story carried by The Post purporting that President Lungu was booed by residents of Livingstone.
â€œWe want to put it on record that The Post has lied. The President was not booed.
â€œZambians need to know that The Post lies. They write naked lies and they have put themselves in the place of God with an exclusive right to the truth,â€ Mr Chanda told journalists yesterday.
â€œThe Post calls us every day for a reaction on the stories they write about the President [Lungu]. But I have found it imperative that I set the record straight – The President was not booed in Livingstone,â€ Mr Chanda said.
Mr Chanda said it has become normal for The Post to print lies.
He said contrary to what the The Post wrote, President Lungu was welcomed thunderously by residents of Livingstone.
Mr Chanda said State House will release footage depicting how jubilant Livingstone residents were to see President Lungu.