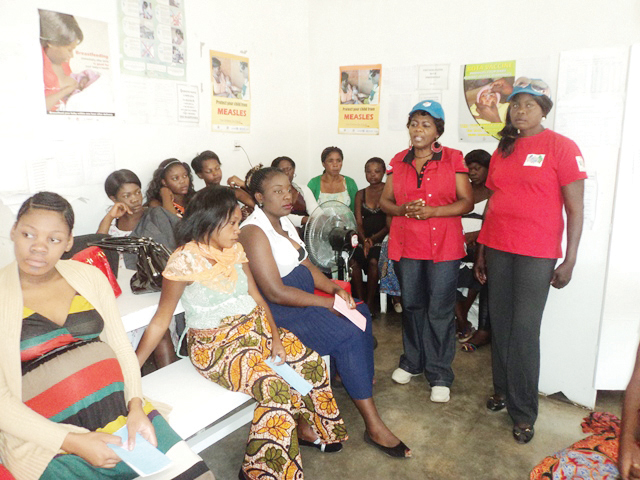 MWAPE MWENYA, Lusaka
â€œIN A bid to combat maternal deaths, it is imperative to encourage women to deliver at health institutions regardless of distance to reach such institutions,â€ says Dr Swebby Macha.
Dr Macha,Â  a reproductive health specialist at the University Teaching Hospital in Lusaka,Â  says expectant mothers should be wary of conditions which may put them and their children at risk, especially after delivery.
There are certain conditions which most mothers may not know about. Therefore, it is cardinal to take ante-natal and post-natal visits seriously. This is the only sure way of saving lives.
â€œThe common critical condition some women are likely to suffer from after giving birth is post-partum haemorrhage, a bleeding condition,â€ he said.
Dr Macha said post-partum haemorrhage (PPH) is defined as blood loss in excess of 500ml at the time of vaginal delivery. Blood loss occurs typically in the first 24 hours, but it may be delayed and occur after 24 hours to six weeks.
It is an obstetric emergency that affects about 5 percent of all deliveries and a leading cause of maternal deaths worldwide accounting for 27 percent of maternal deaths (global causes of maternal deaths for 2014).
It is classified into two clinical types, that is, primary PPH which occurs in the first 24 hours after delivery and most cases occur in this period. The other one is secondary PPH which happens beyond 24 hours up to six weeks after birth.
Dr Macha explained that the commonest cause of PPH is uterine atony (failure of the uterus to contract effectively) and accounts for 75-80 percent of cases. Other causes include retained placenta, genital tears, clotting defects and uterine rupture.
Tumours like fibroids prevent proper contraction of the uterine muscles, and repeated pregnancies can also cause the uterine muscles to become lax, leading to PPH.
The risk factors for PPH include grand multi-parity (women with more than 5 pregnancies) previous history of PPH, previous history of bleeding during pregnancy, over distended uterus as a result of multiple pregnancies, polyhydramnios (excessive liquor volume) or big baby.
Prolonged labour, bleeding disorders, uterine fibroids, retained products of conception and chorioamnionitis (infection of the liquor) are also possible causes.
He stated that PPH is an obstetric emergency and early recognition is critical in the survival of the mother and baby.Â  The goal of treatment is to correct shock and eliminate the source of bleeding.
To prevent PPH, women should be encouraged to deliver in health facilities and be attended to by skilled health attendants who will actively manage the third stage of labour. Women who unfortunately deliver at home may be given misoprostol tablets from health centres to prevent PPH.
And Eastern Province medical officer Kennedy Malama said about 80 percent of deaths in the province are maternal-related cases. This is so because most expectant mothers prefer to deliver at home for fear of walking long distances to health institutions.
That is why Government is doing everything possible to encourage women to deliver from hospitals in an effort to curb maternal deaths.
And a male nursing officer at Chizengwe Health Centre in Kasenengwa, Edwin Tembo, said a high number of women suffer from PPH due to a number of factors.
â€œI am just from taking a 31-year-old woman to Chipata General Hospital, she was haemorrhaging when she was brought here. These are the many cases we have to deal with in the area but with this one the bleeding was too severe; she had to be referred to a higher institution,â€ Mr Tembo said.
Mr Tembo said some women opt for herbal medicines, a situation he says worsens the condition. This practice has prompted the health neighbourhood watch committee and the Safe Motherhood Action Group (SMAG) to stage campaigns on the importance of women giving birth at hospitals.
SMAG also encourages women to regularly attend ante-natal and post-natal check-ups as they are essential for the survival of both the mother and the child.
Meanwhile, a nurse at Solwezi General Hospital who sought anonymity also described PPH as a serious condition that most women suffer from in the district.
She said some women confuse PPH for prolonged menstrual cycles or episiotomy, a minor surgery that widens the opening of the vagina during childbirth.
â€œSome women even allege that their husbandsâ€™ girlfriends are responsible for the prolonged menstrual cycles.; More needs to be done to teach women about PPH,â€ she said.
And Deputy Minister of Health Chitalu Chilufya reiterated Governmentâ€™s commitment to bringing quality health services as close to people as possible. He demonstrated this when he handed over an ambulance to Kasenengwa Zonal Health Facilities to help strengthen the referral system in the area.
He said the ambulance will help to combat maternal deaths, are reported to be on the upswing in the area.
Dr Chilufya said government attaches importance to health needs of its people through the provision of quality care services, improved infrastructure and availability of essential drugs in all centres.
â€œIt is our vision as Government to see that maternal morbidity becomes a thing of the past. The construction of the 650 health posts is underway and most clinics are being elevated to first-level hospitals. All this is aimed at efficiently and effectively delivering improved health care services,â€ Dr Chilufya said.