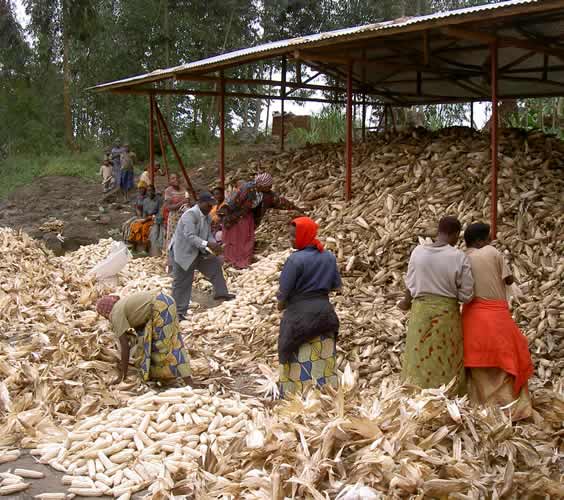 From FELIX NKINKE in Kasama
AUTHORITIES in Kasama say the current deplorable state of feeder roads in the district will hamper the maize exercise during this yearâ€™s marketing season.
Kasama district commissioner Kalunga Bwalya said most feeder roads to maize farming areas in the district are in bad state.
â€œWe have a big challenge with regard to maize marketing in the district. The Food Reserve Agency (FRA) will find it difficult to purchase maize from remote areas because of deplorable feeder roads.
Crossing points are not reliable as these cannot support heavy vehicles,â€ he said.
He said Kasama being an agricultural district needs good rural roads which can allow farmers transport their produce to markets.
Mr Bwalya said roads are a vital component to development and as such programmes meant to improve such infrastructure should be supported.
He said the Patriotic Front government has initiated and implemented programmes in the agriculture sector aimed at consolidating food security in the country.
Mr Bwalya said farmers in Kasama have responded well to Government programmes, resulting in continuous bumper harvest that the country has recorded in recent years.
He urged farmers in the district to sell their produce to FRA, saying Government has set aside money to pay farmers on time.
Mr Bwalya said grading of feeder roads was hampered by lack of heavy duty equipment.
He also said electricity is a big challenge in areas where maize is grown.
â€œThe previous government should have looked at the issue of improving feeder roads in the country so that food from the rural areas gets to the market fast for our farmers to earn money,â€ he said.

Mines should use rail transport