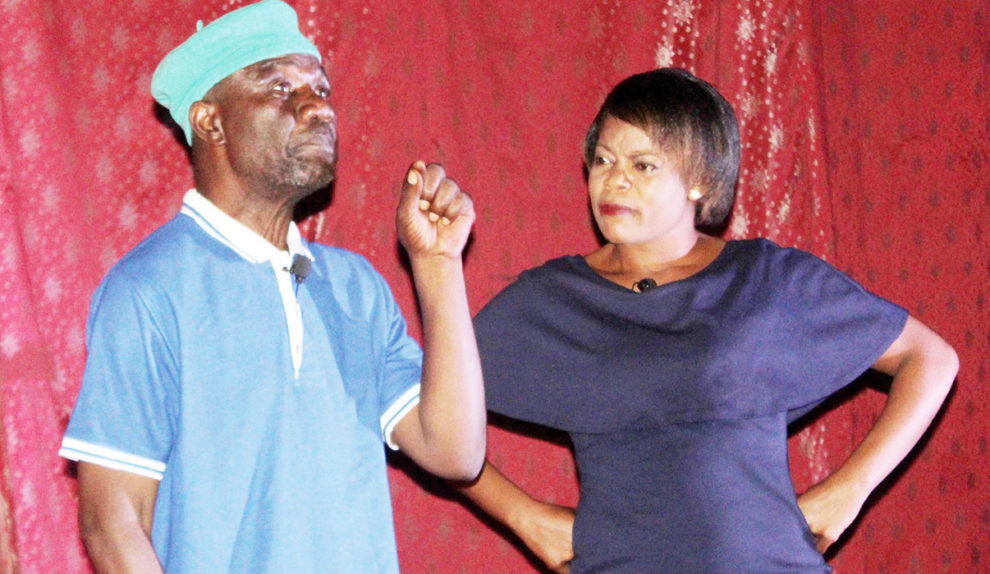 KELVIN KACHINGWE, Lusaka
PROFESSOR Dickson Mwansa’s musical In Memory of Ponke, which reminisces the death of an artist raising dust over a proposed ceremony before burial, showed at the Lusaka Playhouse last week having attracted a lot of interest in the build-up.
Former National Arts Council of Zambia (NAC) chairman Mumba Kapumpa said he enjoyed watching the production, which was directed by Masautso Phiri, he of the Tikwiza fame, on Saturday.
Playwright, actor and director Benne Banda provided a more detailed review of the production.http://epaper.daily-mail.co.zm/

No winking with Mwila Mulenga
In Memory of Ponke Kaira