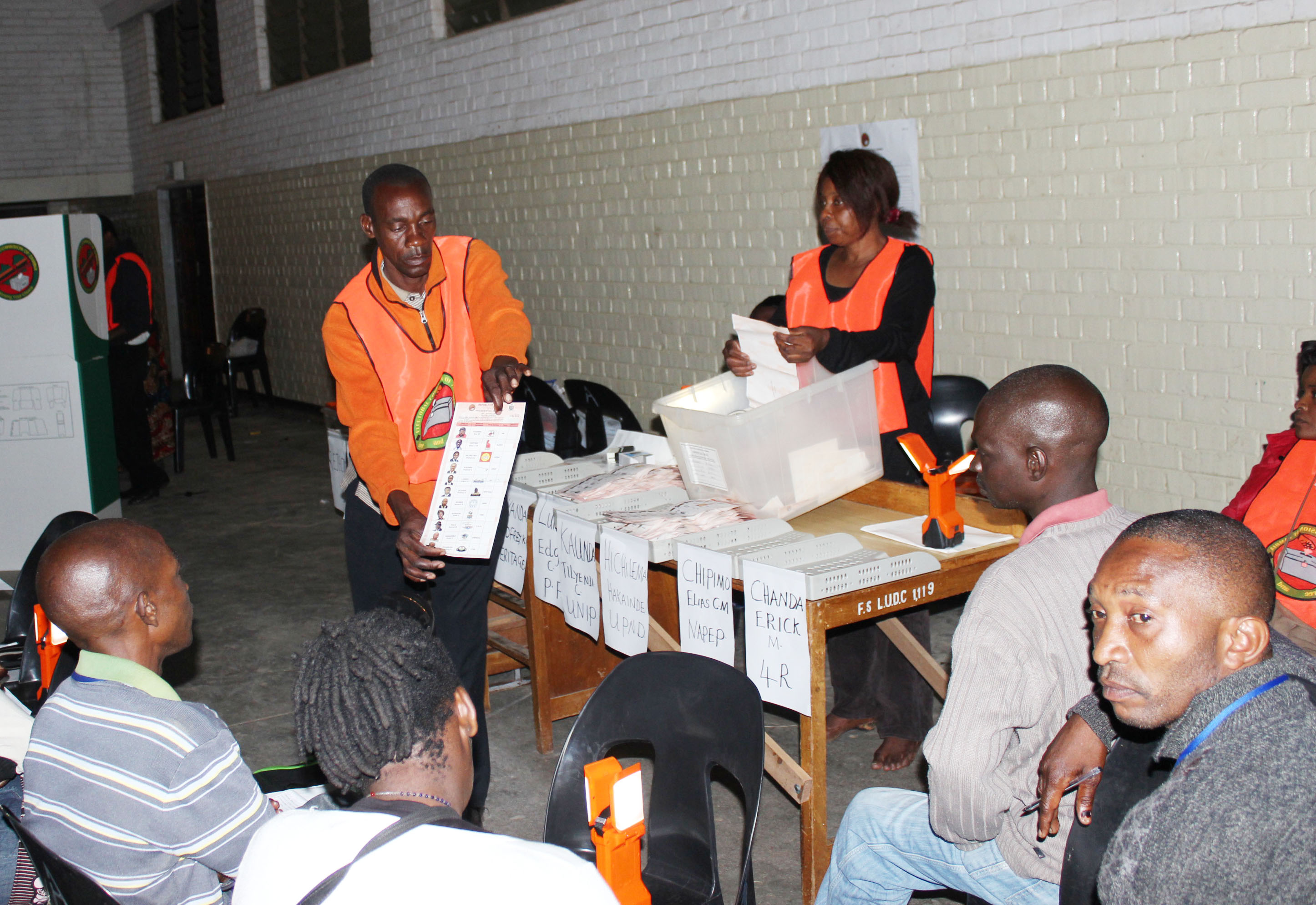 JIMMY CHIBUYE, Lusaka
THE Law Association of Zambia (LAZ) says the January 20 presidential election which saw Patriotic Front (PF) candidate Edgar Lungu elected sixth republican President was conducted in a free and fair manner.
LAZ president George Chisanga said in a statement yesterday that the election was conducted freely and fairly despite some reported incidents of political violence and hiccups on delayed delivery of election materials in some constituencies.
â€œLAZ applauds the exemplary manner in which the Electoral Commission of Zambia (ECZ) conducted the election. Overall, LAZ is of the view that the January 20 presidential election was generally conducted in a free and fair manner,â€ Mr Chisanga said.
He said LAZ deployed 61 monitors in Lusaka, Southern and Copperbelt provinces and they all reported that there was generally adherence to procedure of counting and publication of results in polling streams and stations.
Mr Chisanga said the decision by ECZ to suspend the announcement of results on January 21 because the electorate in 51 polling stations had not voted due to bad weather is justified and consistent with international best practice on conducting democratic elections.
He said all polling stations monitored by LAZ were clearly identifiable and correctly set up, and that mostÂ  of them had adequate electoral materials, although some had inadequate lamps, which affected the counting of ballots.
â€œLAZ also notes with satisfaction the adequate number of polling officials in all the polling stations it monitored,â€ Mr Chisanga said.
He said voting procedures were largely followed and that there was no interference with the counting process at the polling stations.
Mr Chisanga urged ECZ to conduct more sensitisation programmes to educate the voters on the importance of exercising their right to vote as an important part ofÂ  governance in the country.
He also said that Government needs to ensure that all Zambians feel that they are participating in governance of the country by discouraging apparent regional and tribal voting.