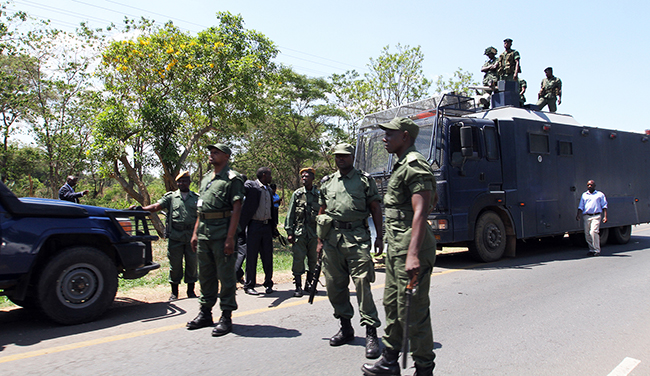 CHAMBO NG’UNI, Kabwe
POLICE have warned and cautioned three suspected PF cadres in Kabwe for besieging Kabwe Civic Centre on Friday and allegedly beating up some Kabwe Municipal Council (KMC) workers who are on a go-slow.
And Central Province Minister Sydney Mushanga says 20 percent of the K1.4 million Equalisation Fund which was released to KMC will be used for settling of the six months’ salary arrears for unionised workers http://epaper.daily-mail.co.zm/