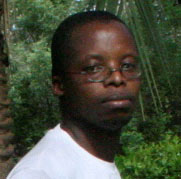 CHAMBO NGâ€™UNI
WHEN should journalists and police officers set their boundaries in the course of their respective duties to avoid interfering with each otherâ€™s work?
This is the question I asked myself several times on November 28, this year, after journalists and police officers differed at Kabwe Civic Centre.
This was after a commotion that was allegedly caused by some Patriotic Front (PF) cadres who were supporting one of the party presidential aspirants.
On this day, delegates to the PF general conference, which was held at the Mulungushi Rock of Authority, thronged Kabwe civic centre for their accreditation.
Everything seemed to be going on smoothly until around 16:30 hours when there was commotion at the civic centre.
At that time, I was with my colleagues at Chitanda House preparing to travel to Mulungushi Rock of Authority.
We all heard the noise, and someone informed us that there was commotion at the civic centre.
We immediately rushed to check what was happening, and just as we reached Freedom Way, we were greeted by newly trained police officers in riot gear, charging towards unseen lawbreakers.
The police officers swiftly entered some shops on Buntungwa Road including Shoprite in search of the unruly cadres who had scampered upon seeing them.
Armed with our cameras and notebooks, we followed them.
The drama attracted scores of Kabwe residents who were curious about what was happening.
Eager to get to the bottom of the matter, I decided to enter the civic centre, but about 10 irate police officers barred me.
I almost mistook them for thugs in police uniforms because of the way they were behaving.
I expected them to carry out their duties in a professional and dignified manner because I was peaceful.
Despite introducing myself as a reporter and presenting my press card, they warned that if I dared enter the civic centre, they would pounce on me.
For what?
One of them warned: â€œYou are not allowed here; what do you want? Canâ€™t you see what is happening? Move away now.â€
I insisted I was also working just like them, to record what was happening so that other Zambians could know. They had the right to know.
They did not listen. Instead, they further warned that they were going to confiscate or destroy my camera.
Some metres away, about five cadres suspected to have been among those who had caused the commotion earlier were apprehended and badly beaten.
Some journalists from other media houses were also warned not to get pictures or they risked being treated like the cadres the cops were battering in seemingly the most unprofessional manner.
It was as if the police officers were instructed not to spare anyone, including journalists whom they treated like lawbreakers.
If during assignments a journalist produces an identity card, what more can a police officer demand? In fact, I expected them to provide us with security so that we carried out our work without hindrance.
I must say that I was left wondering if during tense situations, police officers are able to appreciate the role that journalists play in informing the people what is happening in the country without being victimised or interfered with.
I am not saying journalists should interfere with the work of the police. This would be obstructing in the course of executing their noble duties.
What I am emphasising is the need for police officers and journalists to collaborate and give each other space but not interfere with each otherâ€™s work.
In advanced societies, police officers work side by side with journalists during operations.
Police officers should apply their professional skill rather than relying on brutalÂ  force. They will realise that journalists are not a nuisance but quite a useful ally.
The author is a Zambia Daily Mail senior reporter based in Kabwe.