HONE SIAME, Kitwe
DIGGERS players have passed a vote of no confidence in the rugby club executive committee for allegedly failing to run the club.
The players, who spoke on condition of anonymity, said in Kitwe on Sunday that they want other people with new ideas to run the club.
Last week, five players were suspended for gross indiscipline.
â€œWe have lost confidence in the current executive committee. We want the change of leadership at Diggers,â€ said one player, who spoke on behalf of 10 other players.
The players have vowed to boycott league matches if the Chileshe executive continues in office.
But Diggersâ€™ chairperson Bweupe has warned players against involving themselves in administrative matters.
Bweupe said his executive will not entertain indiscipline.
â€œWe will remain firm on issues of discipline among players. We will not hesitate to take disciplinary action against any player or group of players that will be found wanting,â€ Bweupe said. 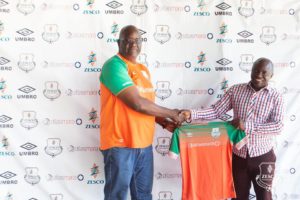