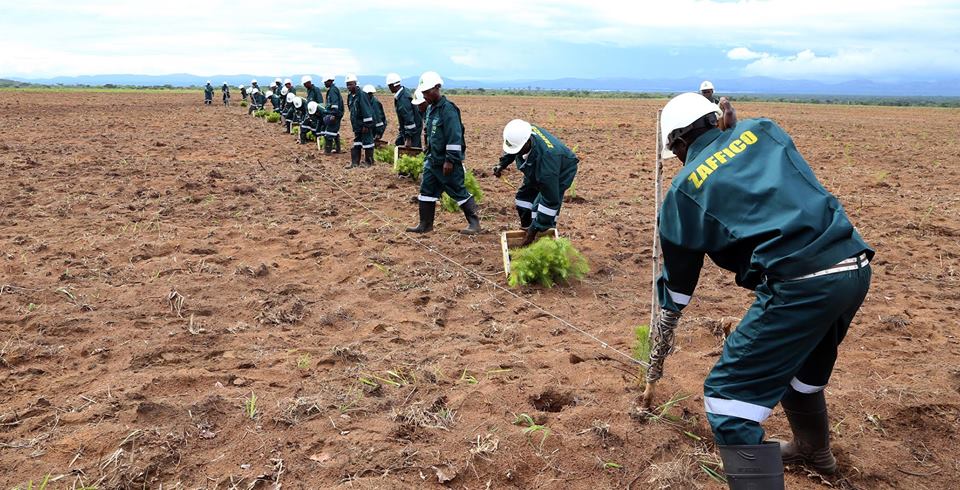 IT IS dumbfounding that Zambia has run out of pine seeds used in growing pine trees for timber production. This is a serious source of concern as it threatens the sustained supply of timber and revenue. According to Zambia Forestry and Forest Industries Corporation (ZAFFICO) acting director for plantation, Charles Kapoma, the seed deficit is as a result of lack of productivity of the trees, some of which are as old as 40 years. “When they assessed the productivity of the trees, it was discovered that they reached a point when they became unproductive. Since we did not plant more then, we have run out of seeds,” Mr Kapoma said. At a time that demand for timber has gone up due to increased construction activities, among others, it is important to ensure continued supply of timber.
With passage of time and more growth in population, demand for timber is only expected to grow further. While the country is endowed with natural forests, which are a source of timber, these are not enough to sustain the growing demand. Plantations of trees such as pine, among other species, are therefore key in supplementing natural forests for continued supply of timber, which is a critical raw material in construction and manufacturing. Pine in particular is used for sawn lumber or planks, as they are referred to locally. Pine can also be used for poles, firewood and windbreaks. A shortage of seeds will certainly affect the supply of timber and subsequently push the price of the commodity up. Apart from providing local carpenters and wood processing companies with raw material, pine plantations are a source of revenue through exports. This is also one area that can help in creation of the much-needed jobs. At a time that the country is grappling with climate change due to depleted forests, the need to ensure a sustained production of trees cannot be overemphasised.
It is however commendable that ZAFFICO, the parastatal charged with managing forest plantations, is not sitting idly by, but working to mitigate the deficit. It is commendable that the cooperation has embarked on a seed orchard implementation programme to sustain the supply of these trees.
The corporation has acquired 40 families of pine seeds to establish an orchard to grow the pine trees which will be producing seeds. The seedlings are expected to mature approximately after 15 years, after which they will start producing seeds. “Thereafter we will start collecting seeds from the trees for over 10 years. So we are trying to expand the plantation. We started with 20 hectares. Next year we are planting 40 hectares and by the end of our strategic year, our target is to plant 200 hectares of seeds. We have since realised that we might struggle in future, so we had to start our own seed orchard,” he said. This is indeed the way to go. Given that many other countries in the region are also facing a shortage of pine seedlings, it is evident that the demand is growing. It is therefore strategic to start a seedling orchard now. Though it takes years to reap the benefits, it is worth the efforts. Actually it is anticipated that 10 years from now demand for the pine seedlings will increase. This, therefore, is a market that ZAFFICO should endeavour to tap into. Through the seedling orchard and with determination and focus, ZAFFICO is certainly poised to become a regional hub for the exportation of the pine seeds to neighbouring countries.