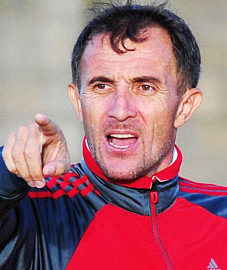 ALEX NJOVU, MULWANDA LUPIYA, MATHEWS KABAMBA
Lusaka, Ndola, Kitwe
ORLANDO Pirates coach Milutin ‘Micho’ Sredojevic says his charges will expose Green Eagles’ weaknesses in Saturday’s CAF Champions League preliminary round, first leg at Nkoloma Stadium in Lusaka.
“With due respect to Eagles, we have followed them and they are following us much more because they have chance to watch us [Pirates] on SuperSport channel.http://epaper.daily-mail.co.zm/