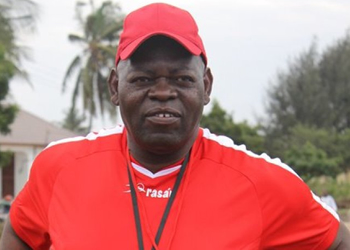 ROBINSON KUNDA, Lusaka
COACH Patrick Phiri is set to leave Super Division side Nakambala Leopards to join Extension Gunners of Botswana.
According to the Botswana Guardian Newspaper, Gunners have already relegated Daniel â€˜Chicco Danceâ€™ Nere, who was head coach last year.
Nere will be Phiriâ€™s assistant.
According to the paper, Phiri has been offered a three-year contract.
The paper indicated that Phiri flew into Gaborone last Friday to meet Gunners officials and conclude negotiations.
Phiri has already agreed personal terms and is expected to sign a contract next week.
When contacted, Phiri declined to comment.
Phiri joined Nakambala towards the end of last season to replace Wilson Mwale, who had moved to Zanaco.
He managed to keep Nakambala afloat with a 2-1 victory over Konkola Blades in Mazabuka in a Week 30 clash.
Phiri is not new to coaching foreign clubs having coached Tanzanian giants Simba, where he won the league title twice.
Simba also won a number of silverware under Phiriâ€™s guidance.
On the local scene, Phiri has drilled Nkana, where he won two league titles in 1999 and 2001, Red Arrows, Napsa Stars and Green Buffaloes.