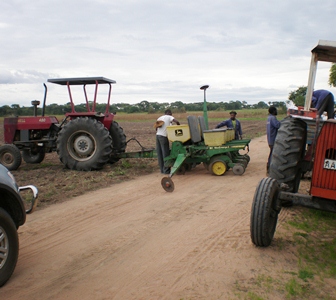 DARLINGTON MWENDABAI, Chipata
THE Patriotic Front (PF) in Eastern Province says the impending establishment of the first ever tractor assembly plant in Chipata by Government will accelerate machination of the agriculture sector in the region.

PF provincial chairperson Andrew Lubusha said in an interview yesterday that the programme demonstrates Government’s commitment to transforming Zambia into a middle-income country by 2030.

Mr Lubusha said Government’s plans to establish a tractor assembly plant in the province next year is timely and should be commended by all.
He said President Lungu’s economic agenda is making positive impact in the lives of the people in the province.
“The mechanisation of the agriculture sector is now going to…http://epaper.daily-mail.co.zm/