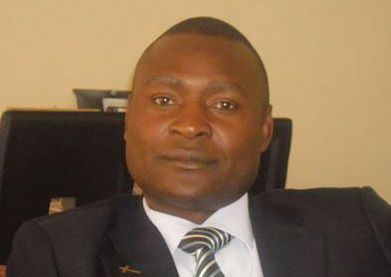 The Patriotic Front (PF) and the United Party for National Development (UPND) in separate interviews said the elections for four council chairpersons and eight councillors are a test for grassroots popularity.
PF deputy spokesperson Frank Bwalya said several development projects initiated country-wide by President Lungu are a key factor in the electorate voting for the party.
Mr Bwalya said a good record of massive infrastructure development that government under President Lungu has set is in itself a campaign card.
“Development projects are everywhere such that those people that don’t have a clinic nearby should have a school already built near them. And where people don’t have a school, it should be on its way,” he said in an interview.
Mr Bwalya said the new roads across the country and a myriad of irrigation projects speak volumes of what the PF is doing.
He said infrastructure development, skills training and value addition projects are but some of the several undertakings government is proud of, aimed at benefiting the people.
Mr Bwalya said the elections will once again show that the PF is a popular party.
He urged PF members to continue being exemplary as leaders in issue-based campaigns and continue being advocates for peace.
Mr Bwalya said his party members will turn out in numbers so that their votes leave a positive mark on the election outcome.
He said there hasn’t been a lot of election hype in most areas where the local government elections are taking place because the poll is at local level.
And UPND secretary general Stephen Katuka said the opposition party is ready for the local government elections.
Mr Katuka said his party’s participation in all 12 elections is evidence that its presence is in all parts of the country.
He said the party is on the ground campaigning vigorously.
The UPND and the PF are the only parties contesting all the 12 elections. The former ruling party, UNIP, is contesting three seats, the 3rd Liberation Movement is contesting one seat and the PNU is fancying its chances in two elections.
The Rainbow Party has two candidates and there are two Independent candidates.
Elections for council chairpersons will be for the Itezhi-Tezhi, Kanchibiya, Lavushimanda and Lunte councils.
Ward seats up for grabs for councillors are: Chililalila in Kabwe, Chitwi in Luanshya, Luansobe in Mufulira, Chimanja in Chilanga, Mabinga in Chama, Luntofwe in Kaputa, Mpindi Kakong’a in Zambezi and Libonda in Kalabo.