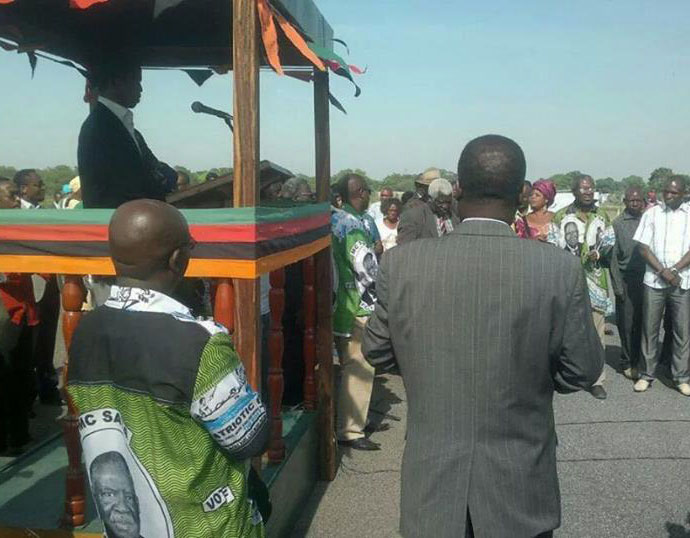 STEVEN MVULA, Mongu
THE Patriotic Front (PF) will next January hold elections at the grassroots starting at ward level which will culminate into a general conference in a bid to strengthen intra-party democracy, secretary-general Edgar Lungu has said.
And Mr Lungu has extended an olive branch to aggrieved members and has urged them to support President Sata.
Mr Lungu said during a public rally here on Saturday that the PF wants to rebrand by firstly holding intra-party elections.
â€œI want to take advantage of this meeting and tell the nation that we will hold elections to re-validate our mandate. We will all be subjected to elections,â€ Mr Lungu said.
He said the intra-party elections slated for next year will revamp the party by democratically replacing those who have failed to add value.
â€œWe want to be more democratic and we know that President Sata is the best,â€ he said
And Mr Lungu says he will embrace everyone regardless of their shortcomings.
Mr Lungu said political strength lies in numbers, hence the need to embrace everyone.
â€œPF will only survive if we focus on unity and discipline. We need one another,â€ he said.
Mr Lungu, however, warned that anyone who will frustrate his efforts to rebuild the party will be kicked out.
â€œThose of you who were following my predecessor [Wynter Kabimba] did not commit any crime. Donâ€™t feel guilty, unless you were following him for wrong reasons. Come, let us work together for the good of our country,â€ Mr Lungu said.