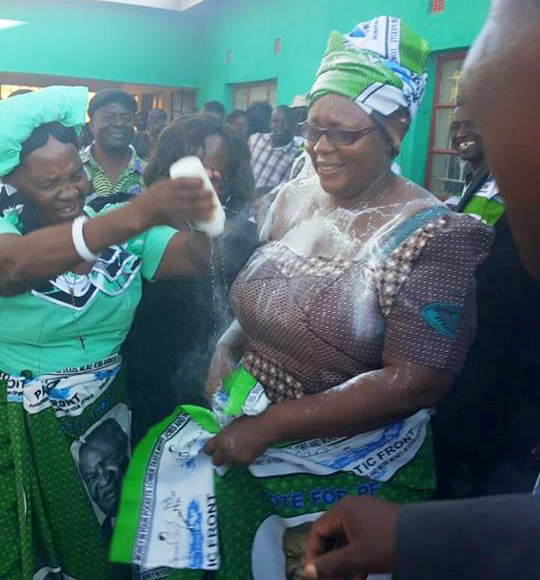 STEVEN MVULA, Lusaka
PATRIOTIC Front (PF) chairperson for elections Emmanuel Mpakata says there are no permanent enemies in politics, therefore the party warmly welcomes former Petauke member of Parliament Dora Siliya who formally crossed over to the ruling party on Saturday.
And PF director for media Brian Hapunda says the party has received Ms Siliya with two hands because politics is about numbers.
Mr Mpakata said in an interview yesterday that President Lungu has an open-door policy and has made it clear that people who want to join PF from other parties should be welcomed.
â€œThe current policy of the party now is to embrace anyone in the spirit of unity,â€ Mr Mpakata said.
â€œAnyone is free to join the PF,â€ he said.
Mr Mpakata said the party had in the just-ended by-elections in Senga Hill and Masaiti fielded people who had come from the MMD, and it was for this reason that Ms Siliya might have been inspired to apply for adoption on the PF ticket.
Ms Siliya, along with 53 officials from the district, constituency and wards, announced her resignation from MMD to join PF in Petauke on Saturday.
And Mr Hapunda said Ms Siliya joined the PF on her own free will and was therefore welcome.
â€œPolitics is about numbers, and the more we are, the better. We have welcomed her warmly in the party,â€ Mr Hapunda said.
Meanwhile, Mr Mpakata says the fact that the PF held elections at ward level on Saturday shows that the ruling party is strengthening its intra-party democracy.
He said the elections were highly competitive, a sign that the PF is a party of choice.
â€œPF is growing and as directed by our President, we held elections at ward level and 45 branches participated,â€ he said.
And Penjani Chirambo who emerged winner as chairman for Kabulonga ward 17 described the elections as â€œvery goodâ€ for democracy.
â€œAs you can see for yourself, there is a huge turnout of people a clear sign that we in the PF are very democratic. I am happy that I have been voted for again. I will promote the partyâ€™s policies and marshal support for President Lungu,â€ Mr Chirambo said.
Mr Chirambo said the election of new ward officials also launches their task of growing the party.