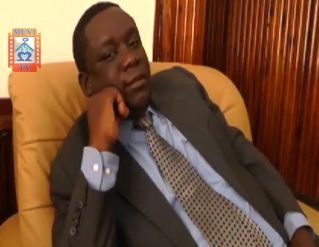 MUBANGA NONDO, Ndola
THE Patriotic Front (PF) Ndola district executive committee has suspended former mayor Davies Chiwala for alleged involvement in activities of the Rainbow Party.
The suspension letter was signed by PF constituency chairperson Steward Zimba and secretary Charles Chainda.
District chairperson George Chisulo confirmed the suspension in an interview yesterday, stating that Mr Chiwala has been given seven days in which to exculpate himself over his alleged disloyalty to the party.
But Mr Chiwala, a PF Mushili ward councillor and the immediate past mayor, rebutted his suspension and described authors of his suspension letter as â€œpolitical juvenilesâ€.
And Charles Chiwala, the former Kanini ward councillor who was Ndola mayor be-tween 2009 and 2010 said: â€œI am not in any way associated with the Rainbow Party which is a formation of disgruntled and tired members of the PF. I am a very prin-cipled politician and a senior member of the PF who cannot sink so low to join a party of that status.â€