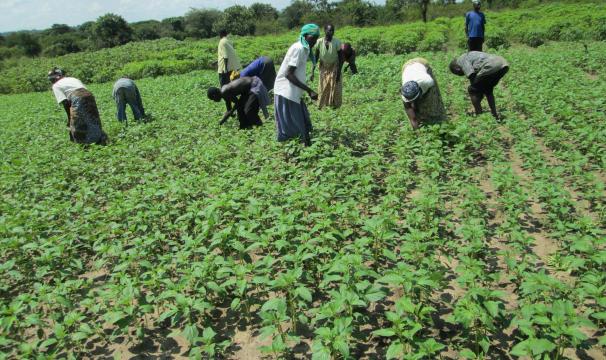 By TRYNESS MBALE
SOME farmers in Petauke have been trained in developing the culture of saving through a programme called village savings and loans.
Meanwhile, the Food Reserve Agency (FRA) has resumed buying of maize from farmers in Northern and North-Western provinces after the suspension a fewÂ  days ago.
On the training, over 20 farmers underwent the programme which was conducted by the Reformed Church in Zambia (RCZ) and Cotton Association of Zambia (CAZ).
According to the Zambia National Farmersâ€™ Union (ZNFU) Friday brief availed to the Daily Mail recently, the training was aimed at encouraging farmers to have savings within their groups.
Farmers in Chileka information centre of Petauke were on September 8, 2014 trained in village savings and loan association programme.
ZNFU says RCZ and the CAZ will continue to train farmers from other areas in the district on the programme to incorporate the culture of saving within farmers.
From Nyimba, the union says the Ministry of Agriculture and Livestock has successfully completed the phase one vaccination programme against East Coast Fever of 1,490 calves from the targeted 2,000 cattle.
On FRA resuming buying maize, Northern Province district commissioner Kalanga Bwalya said Government is doing everything possible to ensure that all the maize is bought from farmers.
â€œFRA in Northern Province has resumed the buying of maize from farmers in the province. FRA had temporarily stopped buying maize in the districts and this made farmers to panic,â€ Mr Bwalya said.
In Chavuma, FRA has also resumed buying maize after the suspension of the buying exercise recently, a development that led farmers across the district to worry as to where they would sell their produce.
The agency has so far bought 14,989 bags of maize, from the initial target of 7,000 tonnes.