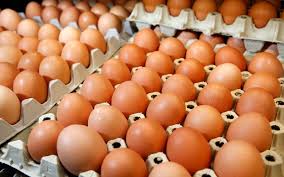 NKOLE MULAMBIA, Lusaka
THE Poultry Association of Zambia (PAZ) has called for more affordable egg price structures to propel consumption in the country.
Meanwhile, stakeholders in the poultry industry will today celebrate World Egg Day to promote consumption and disseminate health benefits of an egg to the public.
PAZ national trustee Anthony Chacko said putting in place structures for egg pricing is key for the growth of the industry.
â€œIn order to increase the egg consumption further in Zambia, we need to have more affordable price structure for eggs; that means, the industry should wake up to have â€˜sensibleâ€™ profits and â€˜sensibleâ€™ production costs in egg production.
â€œOptimising efficiency in rearing and production systems should make the cornerstone of egg production management. More players in the industry should be encouraged to go into egg production,â€ Dr Chacko said this in a statement availed to the Daily Mail in Lusaka on Tuesday.
He called for more knowledge and awareness among the public on the nutritional quality of the egg.
â€œThe positive side of the story is that our per capita consumption of eggs in Zambia has gone up from 32 eggs per annum some four years ago to about 52 eggs per capita per annum in 2014,â€ he said.
Dr Chacko commended breeders, feed producers, other allied industries and all the layer farmers – small and large – for the great effort.
From the beginning of the decade, egg production or layer sector has performed well due to stability in feed costs.
The World Egg Day is commemorated every second Friday of October.