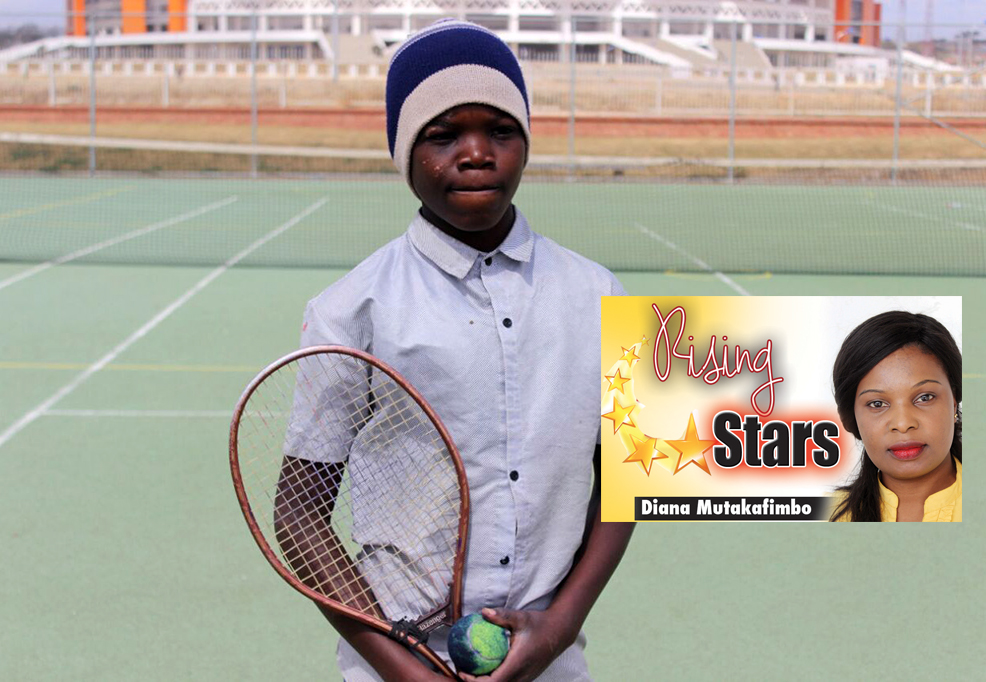 Rising Stars with DIANA MUTAKAFIMBO
THE ongoing Olympic Games in Rio de Janeiro has given hope to many budding stars to aim higher.
With Zambia being represented by only seven athletes, a challenge has been thrown to youngsters to pull up their socks and ensure Zambia has a larger representation in future.
Zambia is only taking part in four disciplines out of over 35 disciplines being competed for in Rio de Janeiro.
So far, judoka Mathews Punza and boxer Ben Muziyo have already eliminated.
â€œWe are one of the countries with a least number of athletes at the Olympics and this shows that we are not doing enough as youths. We have to up our game and ensure we represent Zambia at events like the Olympics. This is a challenge to us,â€ says 16-year-old tennis player Paul Banda.
Paul is not only disappointed with the minimal number representing Zambia in Brazil but the fact that no Zambian tennis player managed to qualify for the global event.
â€œWe have a lot of good tennis players and it just hurts that the sport has no representation at the Olympics,â€ he says.
BACKGROUND
Paul was born on May 8, 2000 and comes from a family of six.
He lives in Lusakaâ€™s Matero North with his parents.
Paul is currently in grade seven at Chingwere Primary School and is determined to complete his education.
â€œI may look old being in grade seven but that will not stop me from achieving my academic dreams. I have gone through some financial problems and maybe that explains why I am still at primary school at this age,â€ he said.
Paul wants to study accounts.
He has no difficulties combining school and sport and always strikes a balance between the two.
â€œWhen itâ€™s time for school, I put my tennis racquets aside and I donâ€™t compromise,â€ he says.
CAREER
Paul has been playing tennis for the past four years.
He is a member of the Kazembe Tennis Academy, run by Zambiaâ€™s tennis ace Edgar Kazembe.
Apart from representing Zambia at major international events, Paul dreams of playing professional tennis in the United States of America.
He is yet to win any individual medals but is determined to do so especially in the Teulings Youth Sport Challenge where his team competes.
Paul wants to become one of Zambiaâ€™s most celebrated tennis players and believes his determination towards achieving his goal is his driving force.
â€œAnything is possible as long as you put your mind to it. Dedication, determination and discipline are the only factors that push you forward especially in sport,â€ he says.
INSPIRATION
His coach Edgar Kazembe is his role model.
Paul is inspired by Kazembeâ€™s determination to promote tennis by engaging and training youths.
Kazembeâ€™s academy is based at Olympic Youth Development Centre (OYDC) in Lusaka.
â€œThe only payment you make is effort and commitment, thatâ€™s how affordable the academy has made the sport to be,â€ Paul says.
For comments: dmugtakafimbo@daily-mail.co.zm