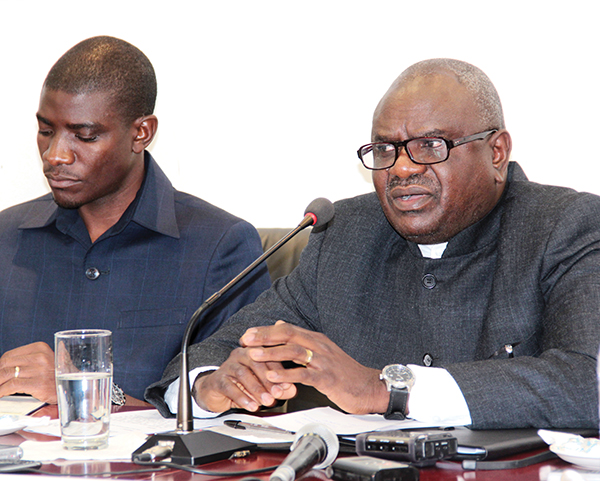 VIOLET MENGO, Lusaka
SPEAKER of the National Assembly Patrick Matibini has appealed to the corporate world to support Governmentâ€™s efforts to successfully host the 134th Inter- Parliamentary Union (IPU) Assembly scheduled for March this year.
And the National Assembly has raised K1.1 million out of a K11.6 million budget for the hosting of the 134th IPU Assembly from March 19, to March 23, 2016 at the Mulungushi International Conference Centre.
Dr Matibini appealed to the corporate world to support Government to successfully host the conference.
Dr Matibini said the IPU is the focal point for worldwide parliamentary dialogue.
He was speaking during a breakfast meeting and official launch of the corporate partnership for Zambiaâ€™s hosting of the 134th IPU Assembly in Lusaka yesterday
Dr Matibini said IPU works mainly, towards fostering peace and co-operation among the people of the world and the firm establishment and entrenchment of representative democracy.
â€œWe expect about 1,400 invited delegates and an estimated 600 accompanying persons who will include, special assistants, tourists and investors,â€ Dr Matibini said.
He said National Assembly decided to collaborate with corporate world for the successful hosting of the conference because it comes at great cost.
And Southern Cross Motors Zambia made a pledge of K50,000 and sponsored the breakfast meeting, Zanaco donated K150,000 cash while Airtel Zambia donated K630,000 cash.
United Bank for Africa (UBA) has contributed K211,000, while Stanbic Bank donated K100,000.
Madison Insurance contributed K25,000, bringing the total amount to K1.1 million.
The theme of the 134th IPU Assembly is: â€œRejuvenating democracy: giving voice to the youth.â€