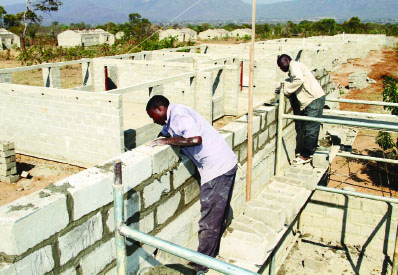 CHAMBO NGâ€™UNI – Kabwe
ZAMBIAâ€™S path to sustainable development has been an uphill battle due to high poverty levels, low human development and unemployment, Kabwe district commissioner Patrick Chishala has said.
Mr Chishala said while Government is addressing poverty, low human development and unemployment, there are other economic and development challenges, which need to be addressed.
â€œClimate change and its adverse effects on the agriculture sector, low agriculture productivity and rising food prices are some of the challenges that will most likely have an impact on strides being made towards integrated human development,â€ Mr Chishala said.
He was speaking in Kabwe yesterday during the launch of the JCTR Economic Social and Culture Rights Report for Kabwe district.
Mr Chishala said the living status of many Zambians has not changed much since independence despite implementation of several development programmes.
â€œFor example, the living conditions monitoring survey preliminary report of the Central Statistics Office of 2010 indicates marginal reduction in national poverty from 68.2 percent in 2006 to 60.5 percent in 2010.
â€œSimilarly, rural poverty reduction by two percent from 80.3 percent in 2006 to 77.9 percent 2010,â€ Mr Chishala said.
He, however, said despite a gloomy picture on poverty in the country, Government is working towards enhancing peopleâ€™s economic, social and culture rights.
And speaking in an interview, JCTR programme manager-socio economic development programme Andrew Simpasa said his organisation in partnership with United Nations Development Programme (UNDP) has embarked on countrywide awareness programmes on economic, social and culture rights.
Mr Simpasa said the Kabwe baseline survey done in 2012 reveals that many people have challenges in accessing water and urged stakeholders to find solutions to the problem.
â€œFurther regarding education, of the total respondents of the research, we found that 60 percent of those that are not accessing education did inform the survey that they are not accessing education on account of financial constraint,â€ Mr Simpasa said.