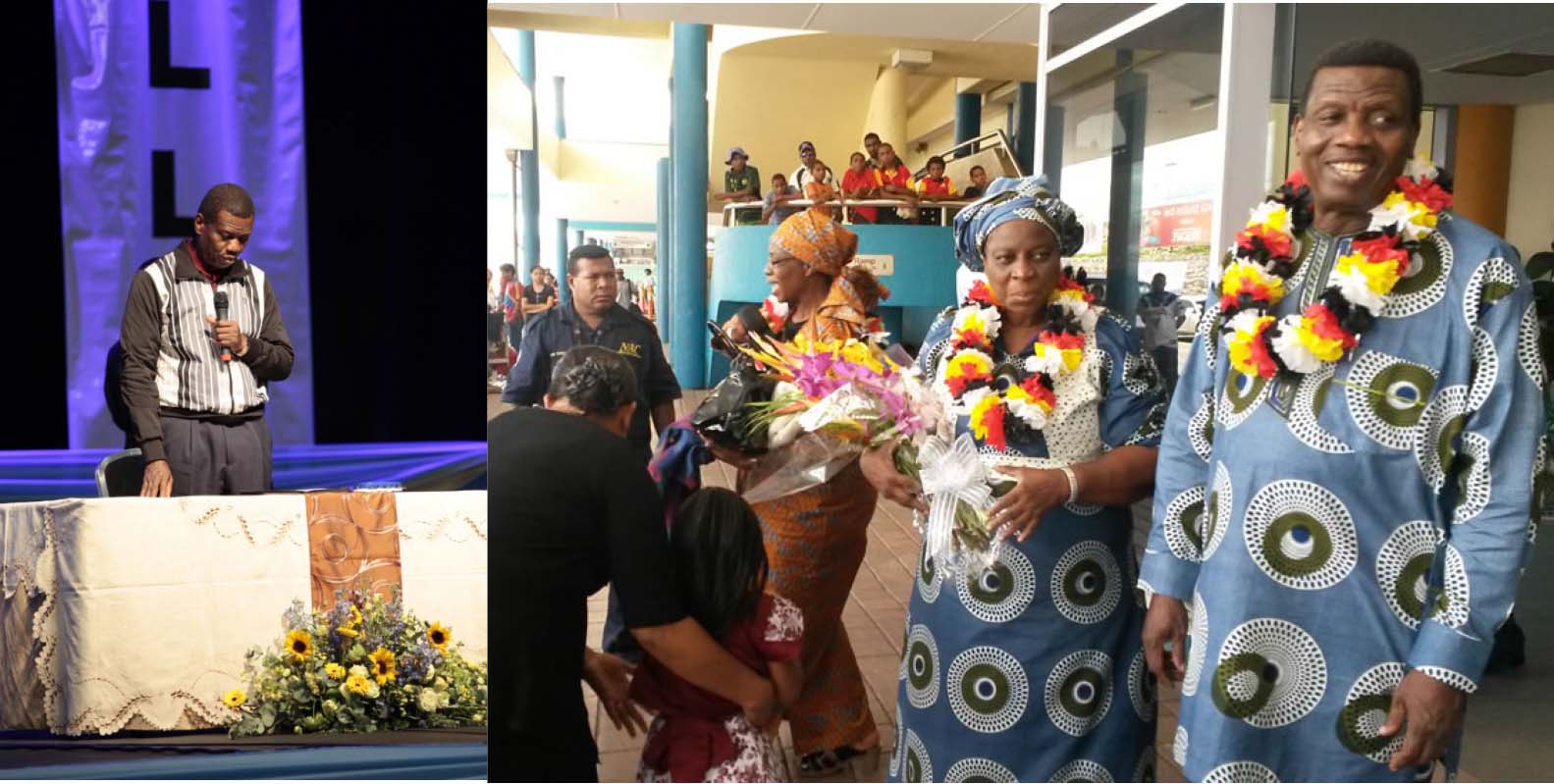 CHRISTINE CHISHA, Lusaka
BORN in 1942 into a humble family in the village of Ifewara, Osun State located in south-west part of Nigeria Enoch Adejare Adeboye, humorously states that his family was so poor that even the poor people called them poor.
As matter of fact, he unashamedly tells his congregation he never wore shoes until the age of eighteen (18).
However, Pastor Adeboye was a man of focus, consistency, diligence and great determination to succeed in life.
In 1956, he was admitted into Ilesha Grammar school, western Nigeria where he discovered his passion for books and an aptitude for sciences, in particular mathematics.
This set him on an academic journey in the field of mathematics against all odds. In 1967 he was admitted to the University of Nigeria where he obtained not only a Bachelor (BSc) degree in Mathematics but also a Masters (MSc) degree in Hydrodynamics and a Doctorate Degree (PhD) in Applied Mathematics both from the University of Lagos in 1969 and 1975 respectively.
One of Pastor Adeboyeâ€™s greatest desires was to become the youngest Vice Chancellor (University President) at any of the best universities in Nigeria.
It seemed that his ambition would be realised as his career flourished. However, a great appointment awaited him in the service of the Lord.
In 1973 Pastor Adeboye received the Lord Jesus as his personal Lord and Saviour the same time he joined the Redeemed Christian Church of God (RCCG).
He was baptized by immersion and became an active member initially as an interpreter to the founder Josiah Akindayomiâ€™s sermons from Yoruba to English and later ordained Pastor in 1977.
As an ordained Pastor he successfully pioneered bible study meetings, crusades, revivals, outreaches and evangelistic programs, and by the time the founder passed away in 1980, RCCG had about 42 parishes which was a great achievement at the time.
In 1981, Enoch was promoted to General Overseer of the RCCG; this effectively terminated all academic ambitions as his focus shifted to growing the body of Christ.
Pastor Adeboye came up with innovations in the ministry where the elite in society and professionals were challenged to worship God truthfully without compromise.
Pastor Adeboyeâ€™s childlike faith in the efficacy and power of the word is evidenced through his passion to live a life of holiness and teach others to live as such.
In December, 1998, over seven million people according to CNN estimate met in Lagos Nigeria for the first holy ghost festival, the program which has evolved into a special six-day Holy Ghost Congress.
At such events miracles, signs and wonders are said to have become conventional as the power of God moves to set free, heal, anoint, deliver, bless and empower people.
The pastor who is well known in the Christian circles and beyond for his remarkable humility and passion for church planting has pioneered the expansion of RCCG whose presence has spread all over the world covering almost all nations.
RCCG has churches in Africa, the United States, United Kingdom, Canada, South America, the Caribbean, Europe, Australia, India, China, Hong Kong, Far East and even the Middle East.
To Pastor Adeboye holiness, humility and faith are the cornerstones of every strong Christian.
RCCG the church Pastor Adeboye has overseen for 37 years now is envisioned on reaching every nation of the world with the gospel of Jesus Christ. This is clearly stated in the churchâ€™s mission statement – to make it to heaven; to take as many people as possible along; and to have at least a member of RCCG in every family in all nations.
The church through its mission statement pronounces that to make it to heaven members will anchor their lifestyles on holiness and to carry many along they will endeavour to â€œplant churches within five minutes walking distance in every city and town of developing countries and within five minutes driving distance in every city and town of developed countriesâ€.
Pastor Adeboye realising that class was a barrier to preaching the gospel gave birth to yet another vision – Christ the Redeemers Friends International (CRFI) whose aim is to help the top class in society to acknowledge and accept Jesus Christ as their Lord and Saviour using born again Christians within their brackets.
The objectives of CRFI are: to witness Jesus Christ to as many captains of industry, dignitaries and the high and mighty in society; win them to Christ and let them know that Jesus Christ is the ultimate alternative to all other ways they tried without results.
â€œThere is a void in every manâ€™s life that can only be filled by Jesus Christ and the CRFI forum, an interdenominational fellowship, endeavours to provide the top echelon of society an environment to mix together in the love and fear of God as well as share their problems among people who are their equals or almost their equalsâ€ Pastor Adeboye believes.
Pastor Adeboye got married to Foluke Adenike in 1967. The wife is passionate about the welfare of the children and education in the RCCG.
Mrs Adeboye stands out also as an international speaker at different international forums.
Later this November, Pastor Adeboye accompanied by his wife Foluke are scheduled to visit Zambia and will be ministering at various forums.

Gideon can be seen in his book

How COVID has become money-spinner