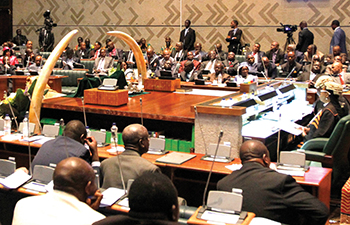 CATHERINE MUMBA, Lusaka
THE fifth session of the 11th National Assembly, which adjourned sine die on December 11, last year resumes sitting today.
This is the last sitting of the 11th National Assembly, whose life started in 2011 after the Patriotic Front (PF) assumed office.
During this session, it is expected that the House will focus on legislative issues and presentation of Bills.
The Bills that the House is expected to consider include the Movable Property (Security Interest Bill) number 26 and the Financial Intelligence Centre Amendment Bill number 27.
There will also be need to create a number of service commissions following the amendment of the Constitution.
President Lungu is expected to dissolve the 11th National Assembly in May, in readiness for the general elections slated for August 11.
In the last session, members of Parliament (MPs) approved the 2016 National Budget and spent the night debating the Constitution (Amendment) Bill number 17 of 2015.
Some amendments to the constitution were passed during the debates while some proposals in the Constitution (Amendment) Bill were deferred.
The deferred clauses in the Constitution (Amendment) Bill included the establishment of provincial assemblies.
Amendment clauses that were passed include the 50-percent-plus-one threshold for a winning presidential candidate, the dual citizenship clause, the presidential running-mate clause and grade 12 certificate qualifications for MPs and councillors.
After a protracted debate, the Constitution was finally passed by 75 percent votes
President Lungu then assented to the amended Constitution on January 6, 2016, which various sections of society described as progressive.
During the last session, Parliament considered 238 questions for oral-answer and 11 Bills, including the Constitution.
Some of the Bills considered in the last session included the Insurance Premium Levy Bill 2015, the Value Added Tax (Amendment) Bill 2015, the Income Tax (Amendment) Bill 2015, the Property Transfer Tax (Amendment) Bill 2015, the Lands (Amendment) Bill 2015, the Gender Equity and Equality Bill 2015 and the Employment Bill 2015.
During that period, Parliament received three new members, namely Solwezi West MP Teddy Kasonso under the United Party for National Development (UPND) ticket, Bangweulu MPÂ  Anthony Kasandwe of the Patriotic Front (PF) and his Lubansenshi counterpart George Mwamba also under PF.
The House further discussed the re-alignment of ministries.
President Lungu also addressed the House outlying his vision and plan for the nation.
President Lunguâ€™s address was widely hailed as remarkable.
This session might not have Matero MP Miles Sampa in the House as his seat was declared vacant by Speaker of the National Assembly Patrick Matibini following his resignation from the PF.
Mr Sampa formed the Democratic Front (DF), which has since been banned.
Mr Sampaâ€™s fate will, however, be decided by the courts of law.
Mr Sampaâ€™s resignation leaves the PF with 86 MPs in the House while UPND and MMD have 31 and 37 members, respectively.
The Alliance for Democracy and Development (ADD), and the Forum for Democracy and Development (FDD) have one member each.