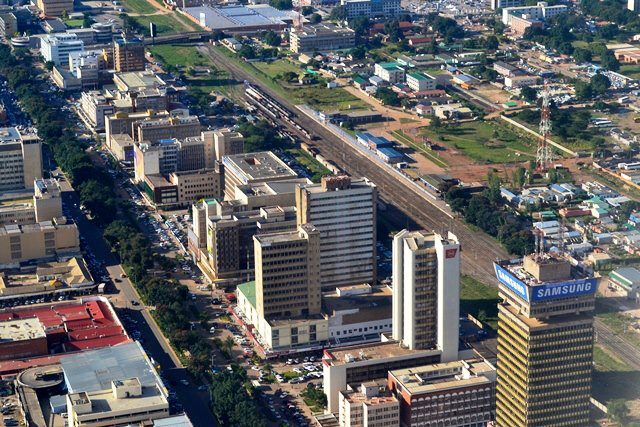 THE recent parading of a coffin by the United Party for National Development (UPND) cadres on Friday cannot go without comment.
We join other peace-loving Zambians in condemning the act, which led to violence and shooting of a trader from Inter-City Bus Terminus.
On Friday, business came to a standstill in some parts of Lusaka, including the central business district, when UPND cadres carried the coffin of their member, Lawrence Banda.
Lawrence Banda was shot during a clash between the Patriotic Front (PF) and UPND in Kaoma, where the political parties had camped for campaigns prior to the Council Chairperson election.
To protest against the death of their member, hordes of UPND members decided to carry the body from the funeral house in Kanyama to the Cathedral of the Holy Cross on foot causing business to shut down in the central business district.
The UPND members went against the advice of the police not to do so. The funeral procession ended up in violence with some people being injured.
This kind of behaviour cannot be tolerated from any political party regardless of how aggrieved.
While we condemn the killing of Lawrence in the strongest terms, we believe parading his body is lack of respect for the deceased.
It also shows lack of sensitivity to the surviving members of the family, especially the widow and children, who are deeply broken by the loss.
It is unZambian to flaunt a coffin of the deceased on the streets no matter the controversies around their demise. As Zambians, our culture respects the dead and, as such, dead bodies are handled with utmost courtesy.
And as rightly noted by the Church mother bodies, the act by the opposition political party is unChristian because Christianity is anchored on respect, love, self-control among other values that promote harmony.
The act by UPND members was a deliberate move to cause anarchy which should be condemned. Oddly, the UPND has not condemned the abuse of a family’s grief. It looks like the coffin parade was endorsed by the UPND’s leadership for political expediency.
As observed by Council Churches in Zambia (CCZ) secretary general Father Emmanuel Chikoya, it is unacceptable for political parties to engage in activities that are likely to result in death in the name of mourning a loved one.
The UPND had a choice to mourn their member in a peaceful and more dignified way as opposed to what happened.
It is saddening that violence is becoming the order of the day in our political activities.
Of more concern is that political cadres are now armed with all sorts of dangerous weapons, including guns.
These cadres are now firing firearms with impunity as sadly observed in the recent Kaoma and Lusaka incidents.
This emerging gun culture has potential to plunge the country into lawlessness. It must be stopped at all cost and now.
The country cannot afford to be casual over such an emotive issue that is threatening the very core of its existence.
We expect law enforcers as people mandated to maintain law and order to swing into action and bring sanity to the political scene.
The Zambia Police Service needs to act expeditiously in responding to the directive by Government to issue a comprehensive report of what measures are being put in place to end violence.
The police should also be seen to act according to President Edgar Lungu’s stance that anyone who perpetuates violence should be dealt with regardless of party affiliation.
It is worrying that if life can be lost in a council chairperson election, what more in high stake elections such as the 2021 General elections?
It is time to act and decisively so before it is too late.
While it is the role of the police to maintain law and order, political party leaders, too, have a role to play in preventing violence. Actually, the buck stops with them to put their houses in order.
We know that the major perpetrators of violence are cadres, who are answerable to party structures.
Within the party rungs, there are people that these cadres respect and listen to.
We expect political party leaders to use their influence to prevent cadres from engaging in violence.
Time and again political party leaders pledge to end violence but we are seeing very little impact on the ground. Where is the problem? Is the message of peace getting down to the lower rungs of the parties?
Political parties need to take responsibility by ensuring that they speak the same language with those at the grass root level, where violence is perpetuated.
Otherwise posterity will judge them harshly.