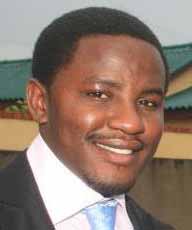 Analysis: MWAPE MUSONDA
SOMETIME in 2015 we authored an article titled “Africa needs to trade more with itself”, and we highlighted at length how significant trade amongst African countries is in the bid to attain real economic independence.The article was published in this newspaper.
We talked of how Africa was politically colonised from the 18th century to the late 19th century by countries from the West and how this colonisation has been transformed from being political to economic after the attainment of political independence by African nations.
Though politically free, Africa has continued with the struggle of making decisions that can benefit its people because of the interference of the West, together with the conceptual West, the Americas, and most recently Asian and Middle East countries, all of which want to participate in the bonanza of stripping Africa’s resources.
Today, as we belabour the point, Africa’s economic emancipation struggle continues to be hampered by neocolonialism from her former colonialists through aid, multinational corporations and organisations like the International Monetary Fund (IMF).
Mwalimu Julius Nyerere, in his 1995 speech, described globalisation as “nonsense”. He began by stating that even though the corruption of African leaders has hindered the continents economic growth, it is the meddling of the imperialists’ hands in Africa’s affairs which has dragged economic development.
He emphasised that the commitment of developing a country should not lie with the private sector, but with the government. He then reminded all Africans that the idea of globalisation was developed by the West so that they could create market for their country’s produce and that Africans needed to safeguard their own produce from undue competition.
He made reference to the Chinese and Korean economies which were highly closed until they grew, and concluded by stating that: “You always protect the weak (products) until they become strong before they can compete.”
As we reflect on Pan-Africanism today, we would like to echo the sentiments of this great fallen African son because the realisation of truth in his beliefs is inevitable to all who take time and ponder wherein lies the true answer to our continent’s economic freedom. We strongly agree with Mwalimu’s belief because it is the only sure way that Africa will attain economic liberalisation.
We make mention here our realisation that the current African leaders have somehow lost the vision of our freedom fighters. History has taught us that the vision of Africa’s freedom fighters was to create a UNITED AFRICA which was to trade with itself, have one CURRENCY and have one defence force to guard against its enemies.
The vision was to create a strong economy for our continent by determining the terms on which Africa would trade with other continents. Africa holds in excess of 30 percent of the world’s natural wealth, yet its people remain the poorest in the world because it does not determine the terms on which it trades its resources.
Our freedom fighters quickly noticed how imperialism changed form from colonialism to neocolonialism immediately Africa became independent and they set out measures to counteract this new form of colonialism.
Kwame Nkrumah, in his Africa unification speech in Accra, Ghana, urged Africa to set up a continental common market aimed at harnessing its returns from trading. Nkrumah stated that the imperialist was determined to keep African countries in a position of being suppliers of cheap raw materials, and failure to resist this would doom the economy of Africa to perpetual subjection to the economy of the West.
Today as we ponder these words we realise that we have indeed doomed our continent’s economy because Africa has become the supplier of cheap raw materials for other continents. This has hindered the industrialisation of the African economy.
Time has come for current African leaders to relook into the vision our freedom fighters and endeavour to stir our economies in its direction. We have been made to realise the harsh reality that no form of support or aid from the West will result in economic development of Africa.
As we write this piece we are making a passionate appeal to the emerging young leaders in our country and the entire continent seriously contemplate gladiating our thoughts and actions in the direction of Pan-Africanism as a means of truly attaining economic freedom for our continent.
We also appeal from the bottom of our beautiful African heart to the young leaders to resist the temptation of personal gratification at the expense of the poor people and the development of our continent. God bless Africa!!!
The author is a political and social commentator. mwape.musonda02@gmail.com