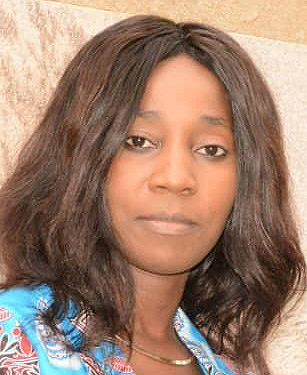 Analysis: EMELDA MUSONDA
SOCIAL media platforms have in the recent days been buzzing with news of Pamela Gondwe, a Barclays Bank employee who has disappeared in thin air after allegedly stealing US$400,000 from her employer.
The act has left many with dropped jaws. Could a woman be so daring and sophisticated to stage such a criminal act which qualifies to be recorded in the country’s history of biggest thefts, the kind of localised Guinness World Record?
Can a woman single-handedly rob a bank with all its security detail?
Pamela why? This is the trending question on social media begging answers from the fugitive Pamela Gondwe on what could have driven an educated woman with a good job to engage in such.
This particular record of theft joins the class of Ringo Phiri, a security guard who stole K300,000 in a cash-in-transit van in 1993.
One of the major reasons why one would engage in theft perhaps lies in 1 Timothy 6:10 which says, “The love of money is the root of all kinds of evil.
Despite acknowledging that money answers all things, the Bible warns against being intoxicated with the love of it.
The case of Pamela, if proven, points to the extent to which people can go for the love of money.
It also reveals the levels of discontentment and failure to live within one’s means.
Pamela’s Facebook postings between May 15 and 20 this year are photographs of herself in South Africa, Turkey and Spain.
An extract from her Facebook Page reads, “I choose not to be a common woman. It is my right to be uncommon if I can. I seek opportunity not security. I want to take the calculated risk to dream and to build, to fail and to succeed.
“I refuse to be kept a woman with no ambition, no drive, no passion for life and idle by having a man look after me. I refuse to live from hand to mouth. I prefer the adventurous challenges of life to the boring guaranteed existence.”
Just from the post, one can deduce that Pamela was highly ambitious and would not allow anything to stand in the way as she pursues her dream of an adventurous and good life.
While there is nothing wrong with having ambitions and dreaming big in life, it is important for people especially the young ones to understand that success is a process of hard work.
Genuinely successful people will attest that real wealth comes from consistent acts of hard work and discipline.
Going by her Facebook post, while Pamela was an educated woman with two degrees including a master’s in finance and accounting and a good job, she was still yearning for more. While there is nothing wrong with the desire but if one has to commit crime to achieve their dreams, then there is everything wrong.
Needless to say Pamela as a Barclays employee would by Zambian standards be envied by many in less privileged situations.
For instance, there are many graduates roving the streets without jobs who would jump at the opportunity to work for a prestigious bank like Barclays.
While it is the nature of man to always desire for more, it is important to appreciate and be content with one’s current status.
It is also important for people to live within their means to avoid putting themselves under unnecessary pressure which may lead to high indebtedness and other undesirable vices such as theft.
We are in an era where people literally live to impress society by the make of the car they drive, the house and location they live in and generally a luxurious lifestyle.
And as the Bible warns about end times, people have become lovers of money and pleasure and can do anything for it.
Zambia Daily Mail has many times published stories of parents who have been arrested after attempting to sell their children.
We have people going into prostitution all for the love of money. Worse still, there are people practising Satanism and killing for money.
While Pamela’s case is in the public domain, there is a lot of rot happening in secrecy motivated by the love for money.
As a Christian nation, it is certain that the church has a daunting task before them to preach the gospel to all and entrench Christian values in citizens.
There is need to ensure that young people are introduced to Christian values at a tender age to prevent them from becoming delinquent when they grow older.
But for now, the question is: Pamela Why?
The author is Zambia Daily Mail editorials editor.

Agri-business environment is ripe in Zambia