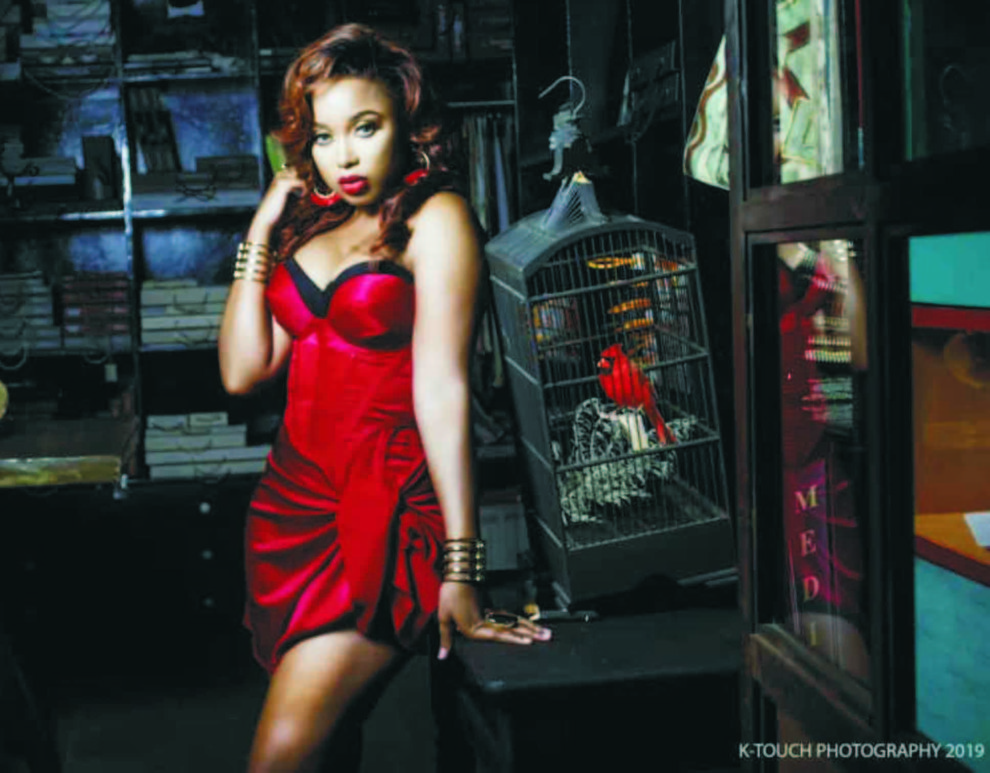 THELMA BWALYA, Lusaka
FEMALE rapper Bomb$hell on Monday released a single titled Backshot (Ngayo Ngayo), which is off her debut album set for release this November.
Bomb$hell says the song talks about how strong a man should be and the type of man that a woman needs [analume ngayongayo].
The song, produced by Magician of Crystal Ball and featuring Tiefour, also talks about a girl in a club who sees a man looking like a strong man that she needs. This is third single from her album, which she is currently working on.
“Why I got to this song is because a lot of people still relate to me from Xbass. It’s like I haven’t given my fans that club banger from both songs [the two singles already released]. The other songs I’ve produced have either been too rappy for them or too sensational, so I said why don’t I give them a club banger, something that when one hears it, they’ll tap their head or dance to it. So basically that’s the inspiration behind it,” she says.
Bomb$hell had originally planned to release an EP [Extended Play] before changing her mind to a full album.
“It’s going to be compiled of some new songs just like this one is going to be there and there are songs that I’m still recording and I’m also going to put up some bonus songs, which are some that I released a long time ago, just for those people who want to find my music in one place,” she says.
She is yet to give the album a title but it will have 10 songs.
Bomb$hell is working with different producers like Magician, Profile and is also looking to work with T-Sean, Kekero and Shinko Beats.
Bomb$hell said she has worked with Clique Viral, Kantu and Wezi on the Anajaila song, which is a bonus track.
“This is going to be my first album ever. I was meant to work on an album but I got off ‘cause I was pregnant and I also went to school,” she says.
“This album is going to be a mixture of different genres, I can’t really point out that it’s just going to be rap. Like this song that I’ve just released, it is more of a dancehall, rap type of thing, so it’s going to have different genres.
“I’m not just sticking to one genre of music because I want to target different types of people, I want to target the old, young and the mid ages.”
The rapper says she is also working on a Bomb$hell Lifestyle tour on teenage pregnancy in Zambia and she is also part of the Zambia Ending AIDS Campaign, which took place in Kabwe.
“I’ve got so much passion for teenage pregnancy because my sister got pregnant when she was 14 years old and I was by her side the whole time just lifting her,” she says.
“I made her continue going to school and encouraging her everyday, you know how much peer pressure girls go through when they get pregnant. They feel like their life is now over, but for me, I told her to continue going to school.
“So I feel like if I encouraged my sister that way, there’s a lot of teenagers, females that are pregnant and they feel their life is over. I thought that I’d take that chance with the name I have, also the following that I have, there’s a lot of kids that look up to me, why don’t I encourage them in a positive way just in case they find themselves pregnant, they should not feel like their lives are over,” Bomb$hell says.