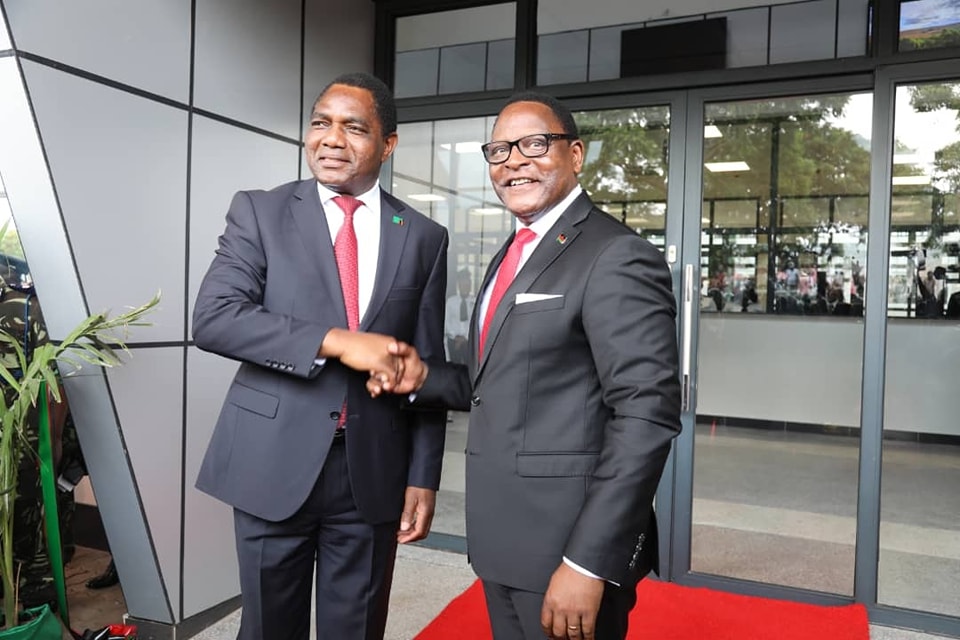 WHILE Zambia has recorded increased trade volumes over the past years, commerce with other countries in southern Africa and beyond still needs to be improved for it to attain desired development levels.
Surveys have identified impediments to trade growth and competitiveness and established that while the movement of goods and people along highways is relatively fast, time is lost at borders and checkpoints.
Infrastructure development has been acknowledged as the key to facilitating intra-regional trade and movement of people, goods and services and, therefore, to promoting regional integration as articulated in African Union Agenda 2063.
And the one-stop border posts (OSBPs) concept has been recognised to be central to implementing transport projects to improve interconnectivity of markets and regional integration on the continent.
Against this backdrop, Zambia has been collaborating with some of its neighbouring countries in establishing OSBPs.
So far, Zambia has established OSBPs at Nakonde-Tunduma border in collaboration with Tanzania, Kazungula OSBP with Namibia, and the Chirundu facility, which serves Zambia and Zimbabwe.
The Chirundu facility is the first fully functional OSBP in Africa.
Yesterday, Zambia and Malawi unveiled the Mwami-Mchinji OSBP, which will fast-track the movement of goods and people along Nacala Corridor through to Beira, the coastal town of Mozambique.
The Mwami-Mchinji OSBP was launched by President Hakainde Hichilema and his Malawian counterpart, Lazarous Chakwera.
The two heads of state called for reduction of roadblocks in both countries to facilitate speedy movement of goods.
President Hichilema said trucks ferrying goods spend too much time due to many roadblocks on the Zambian side.
“If we reduce the time that traffic moves through this border, we are only solving partial problems. When trucks from Zambia cross this border into Malawi, maybe there is no problem.
“But I want to confess, Mr President, that when a truck crosses from Malawi into Zambia, we have problems that we need to unlock. What are these problems? Too many roadblocks! We must attend to these,” Mr Hichilema said.
Zambia has been implementing the OSBP concept because it is one of the modern approaches for improving border operations, thereby boosting trade with other countries.
The concept eliminates the need for travellers and goods to stop twice to undertake border crossing formalities, and calls for application of joint controls to minimise routine activities and duplications.
The major reason for establishing OSBPs along transport corridors is to expedite the movement of goods and people, and reduce transport costs across national boundaries.
At an OSBP, travellers and vehicles stop once to undertake border crossing formalities to exit one country and enter the other.
All border formalities and processing of documentation for goods and travel are carried out in a single clearance hall for exiting one country and entering the adjacent one.
If there is need for cargo inspection, it is done once through a joint assessment involving all the necessary agencies of both countries at the same time.
For passenger cars and buses, OSBP procedures almost immediately cut border processing time by half.
For instance, at a traditional two-stop border, buses stop at one side of the border and passengers go into the border facility for processing. Luggage and cargo are offloaded and inspected as needed.
This takes one to two hours, after which the bus is driven to the other side of the border and the same process is repeated for another one to two hour period.
But in an OSBP, passengers enter one facility for exit and entry formalities. Cargo is offloaded once and is inspected jointly. In an OSBP, clearance of passengers and their luggage is typically done in less than an hour.
So, the commissioning of the Mwami-Mchinji OSBP is most welcome as it will go a long way in facilitating fast passage of goods and people along the Nacala Corridor through to the port of Beira and beyond.