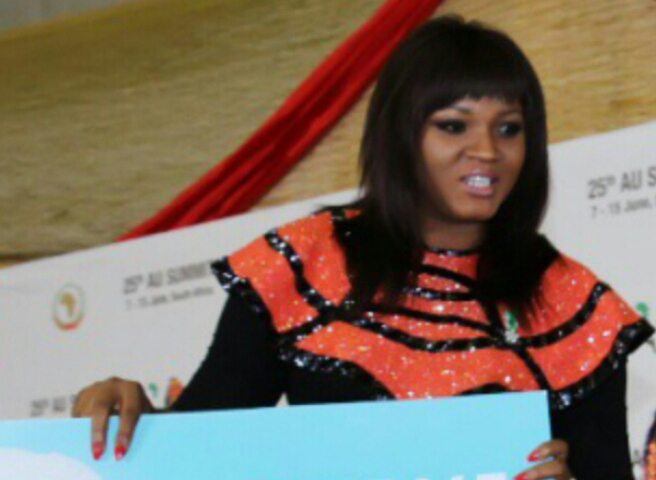 DOREEN NAWA, Lusaka
THERE was a standing ovation when top international movie star Omotola Jalade-Ekeinde was introduced at the Government Complex in Lusaka to speak on the importance of film in ending child marriages in Zambia.
Omotola had some advice for budding local film makers when she spoke at the first African Union (AU) Girl Summit.
â€œAs filmmakers, we need to stand on our own. Governments may not support us in our infancy but if we start up something some help will show up,â€ the Nigerian actress, singer, philanthropist and former model, said.
Omotola says filmmaking is a sacrifice adding that as film makers, they can put money together to realise their dream.
â€œNowadays, many African filmmakers say that there is no money. But this is not true. The money is there, but just those who are ready to work together and sacrifice,â€ she said.
She says filmmaking is art, a business and it should be treated accordingly.
From her experience, if you are serious about filmmaking, you have to change your film finance strategy and look a little bit harder.
Most of us know that outside of the government, there are many other ways to finance movies.
And commenting on how film can help end child marriages, Omotola said films highlights best practices in each of the priorities as identified at community, national and continental level.
She said filmmakers should consider documentaries that share examples of change from across Africa on various issues regards ending child marriages.
â€œSharing knowledge, documenting progress governments and partners have made in the achievement of gender equality and the empowerment of women and girls in last decades and highlighting some of the ongoing challenges that still need to be addressed. So film makers have a lot of work,â€ she said.