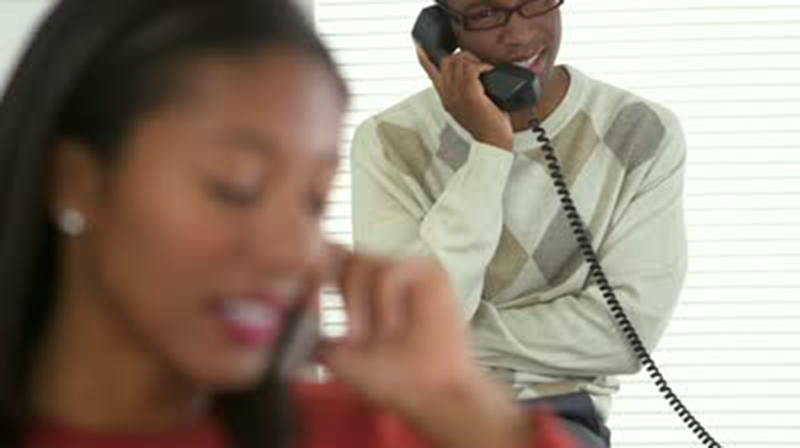 YOUR FAMILY MATTERS with PASTOR CHANDA
Thursday, January 15, 2015: When Agnes called me and said that her husband, Boyd, was having an affair with a lady in his office, I knew what I was up against. This was not because I expected it to happen. Rather, it was because I have dealt with such cases a bit too often.
I rushed to their home to hear the story. How did Agnes discover this? She noticed that Boyd was often on WhatsApp on his phone right into the night even when the two of them were in bed. It was clear he was enjoying whatever conversation he was having.
Boyd would never tell Agnes who he was chatting with. Finally, curiosity got the better of Agnes and while Boyd was having his shower today, she checked his phone before it locked and read the trail of conversations. She was completely broken by what she read.
It was clear that here were two lovers, who were apart and were thus expressing very fond feelings for each other. Without waiting for Boyd to come out of the shower, Agnes called me. She simply informed him about her discovery and that I was on my way.
Thankfully, Boyd was very remorseful. He shared the full story of what had been happening. He had recently been transferred from their branch to the head office, where he found this beautiful young lady with whom they shared the same surname.
At first, they simply began to call each other â€œmy husbandâ€ and â€œmy wifeâ€ in the full hearing of everyone else in the office. However, the young lady would often ask for favours from Boyd under this pretext, eg â€œMy husband, you need to buy me some lunch todayâ€.
Boyd went on to admit that, whereas his wife hardly ever complimented him, however well he dressed, this young lady at the office did so frequently. He got to the point where he dressed up with her in mind. â€œI wonder what she will say today,â€ he would think.
The favours went as far as her asking for lifts home after work. â€œHow can a husband allow his wife to get on a bus while he drives home alone?â€ she would ask. So, Boyd began to give this charming young lady lifts home and enjoyed the conversations in the car.
Often, the conversations would not end but would be continued through WhatsApp when he got home, especially in the late evening when they would be in bed. Boyd admitted that he was the first to produce the words â€œI love youâ€ though it was the shortened â€œluv uâ€.
When she reciprocated with â€œluv u 2â€, that opened the Pandoraâ€™s box. More endearing terms began to pour out until it reached the levels that Agnes saw in last nightâ€™s conversation. Boyd also admitted that they had begun to fondle and kiss in the car when dropping her off.
Boyd knew where all this was leading. He knew that all he needed was to escort this young lady into her home and the rest would be history. She had asked him to go in for a cup of tea when dropping her off but he knew he would go beyond the cup of tea if he went in.
Boyd unreservedly apologised to Agnes. As a Christian, he knew that he was already being unfaithful to his wife. â€œAdultery is not only when you have physical intercourse with a person who is not your spouse. It begins in the heart,â€ he said as he apologised to Agnes.
I advised that Boyd finds time to talk to the young lady about what had happened. He needed to apologise to her. After he had done so, I was going to have to meet with her and them so that she is given an opportunity to apologise to Agnes. We prayed and I left.
Office affairs are a minefield in the working world. Anyone who is not careful is bound to step on one of them and get injured. Some people simply love flirting. Some men are womanisers. Some individuals find themselves in affairs through carelessness.
Whatever the cause, office affairs are wrong. Marriage is for two people – not three or four. Anyone who has ended up in one should repent and ask for Godâ€™s forgiveness before he injures himself and his spouse. You cannot have a wife at home and another one at the office!
For comments or confidential counsel, write to: reverendchanda@yahoo.com or send SMS to 0974250084

Nkeyema positions itself for development

Lessons from timber sector in China