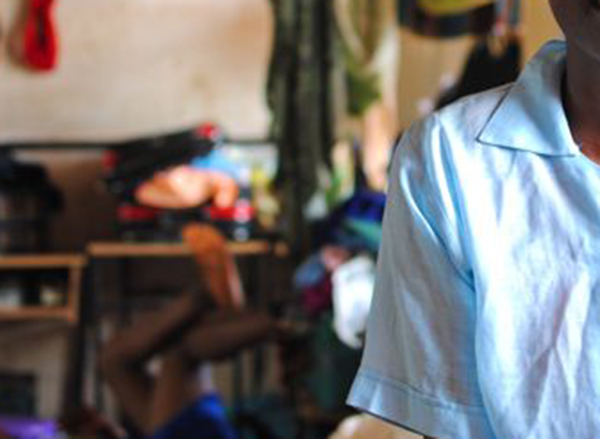 TORN APART with BOYD PHIRI
IT started with an anonymous letter posted on social media. The letter was long, of course, not like a telegram synonymous with news on death in the olden days.
When everyone had finished reading the letter, a watchman, a teacher and a schoolgirl came into the picture.
Well, in the beginning it appeared like a fiction story whose plot revolved around Kasama Girls Secondary School.
But as it turned out, everybody started talking about sexual abuse of schoolgirls at the institution.
Sad story if you come to think of it, especially that a school night watchman and teachers have been drawn into the sex scandal.
Of course, rarely does a school watchman make headlines. The only time that a watchman makes news at a school is when he fails to stop robbers from stealing computers at night and ends up being tied to a tree by his assailants.
Teachers make news on World Teachers Day, forget about an incident last year when some of them unknowingly ate a cake laced with cannabis baked by some pupils.
On the other hand, schoolgirls grab headlines when they collectively become statistics of poor final examinations results.
But if what was written in the letter on social media about sexual abuse at Kasama Girls Secondary School is anything to go by, the watchman and some teachers went too far in engaging the girls in extra-curricular activities.
Of course, these activities are not important for the girls because they will not help them develop their talents, interests and passions later.
Itâ€™s hard to imagine that a watchman can neglect his duties at night to make a roll in the hay with schoolgirls under the pretext of meting out punishment on them for breaking school rules.
The security guard may call it having sex on duty, but the girls did not deserve such punishment, not even when the watchman wanted something to make himself sleep on duty.
Itâ€™s surprising that when the security guard was expected to think about the prowling thieves in the hood, he was thinking about sex with schoolgirls.
I am not saying that a security guard manning a school at night should not think about sex.
In all fairness, the night watchman has the right to think about sex as many times as he wants, but not to the extent of thinking about making a roll in the hay with schoolgirls.
In fact, having sex with schoolgirls is not the same as protecting school property. Perhaps the watchman did not read his job description properly when he was engaged by the school. He thought protecting school property included sleeping with schoolgirls.
Actually, the news about the watchmanâ€™s sexual escapade at Kasama Girls Secondary School kept me thinking, what if robbers attacked the school while he was sleeping with a schoolgirl behind a tuck shop?
How would he quickly respond to distress calls by other schoolgirls in their dormitories?
Maybe he would suspend the act and run after the thieves while fastening his zip, an attempt which would obviously inhibit his strides to catch the burglars.
Well, he is fortunate that this did not happen to him. But I wonder where he kept his baton while sleeping with some schoolgirls.
Perhaps he secured it somewhere in the dining hall lest some schoolgirls used it to lynch him for abusing them.
It is unfortunate that some teachers are also in the news for wrong reasons.
One would understand if it were something to do with World Teachers Day.
But being accused of sexually abusing schoolgirls is another matter. Five teachers, a cook and a security guard have so far been suspended following investigations into the alleged sexual abuse at Kasama Girls Secondary School.
One would think that teachers would be the first ones to protect their pupils from sexual abuse by security guards, but they did not. Of course, a guard does not have anything in common with the pupils.
One wonders where the accused teachers went to have sex with the schoolgirls. Perhaps they hide in the biology laboratory to put their reproductive lessons into practice.
Well, practicals for schoolgirls are important in some lessons but not in the manner of male teachers having a roll in the hay with the girls.
Education is key to success in the life of a schoolgirl, and teachers make a lasting impact in her life.
This is not to say that all male teachers are bad, there are many good teachers out there who understand that sexually abusing schoolgirls is wrong.
They work hard to ensure that the girl-child receives education and succeeds in life to contribute to the development of the country.
Those who are in the habit of sexually abusing schoolgirls should be brought to book so that they do not dent the good reputation of other male teachers.
In conclusion, I would like to mention here also that schoolgirls should adhere to school rules.
If some Kasama Secondary School girls followed school regulations not to go out of the school premises without permission, they would have avoided painting a bad picture about their school.
Nevertheless, the Kasama Secondary School story is a sad one, which should not be repeated.
bjboydphiri@yahoo.com