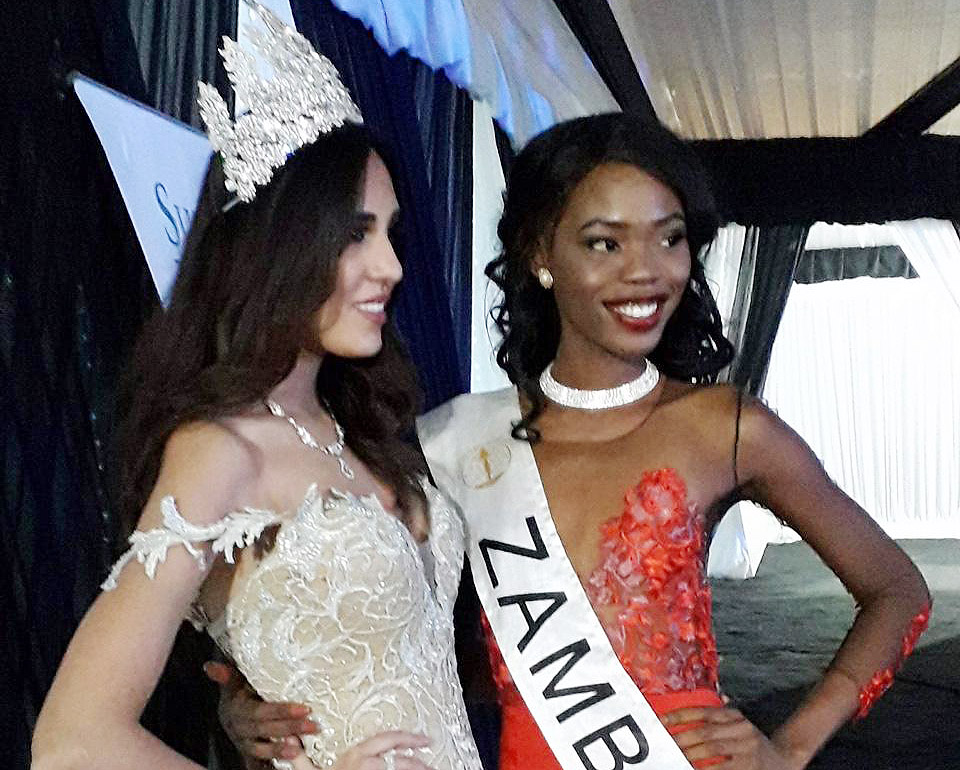 Zambia’s envoy to the pageant was Precious Ngoma, who had a successful build-up leading to the event that drew 66 participating countries.
Precious rallied good support for herself prior to the gig via online platforms such as Twitter and Facebook and promised her fans that she would use the intercontinental showcase to promote Zambia as a tourist destination.
The countries of Colombia, Netherlands, Korea, Philippines, Brazil and Mexico all made it to the top six with Mexico emerging overall winner.
Mexican Veronica Salas Vallejo won the coveted title of Miss Intercontinental 2017 at the conclusion of the coronation ceremony held at Sunrise Garden Beach Resort & Spa in Hurghada, Egypt.
She was crowned by the outgoing queen and Miss Intercontinental 2016, Heilymar Rosari, after beating 64 other contestants and is the first ever girl from her country to win the title.
The first runner-up crown went to Miss Philippines Katarina Rodriguez while Miss Netherlands was second runner up and Miss Brazil grabbed the third runner-up prize.
Positions four and five went to Miss Colombia and Miss Korea, respectively.
The pageant also had special awards crowning categories.
The continental awards went to Nigeria, Mexico, Netherlands, Brazil and Philippines while Miss India won the Best National Costume category and Miss Paraguay scooped the Best Evening Gown award.
Initially targeted for December 2017 in Colombo, Sri Lanka, the pageant finally came together successfully despite the hasty change of venues.
Precious is former Miss Personality for the Miss Zambia-Zimbabwe 2013 and a model under R&G Events. She has modelled for a number of local fashion designers and is the current director for the Miss UNZA pageant.

Where are the false prophets?
What to do as a playwright