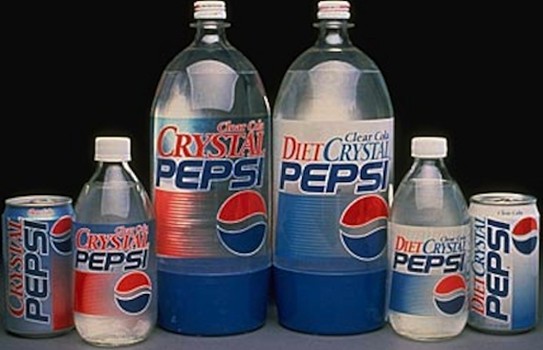 ARMAN HAZORIKA
MY FIRST take after a few interactions with â€˜people in businessâ€™ has been that only a minority actually understands the meaning and essence of â€˜marketingâ€™ out here.
It is indeed baffling to know that many actually misjudge the â€˜salesâ€™ function to be marketing and believe that â€œselling encompasses allâ€.
I donâ€™t blame them; actually that is what is experienced mostly around here. Marketing is wrongly regarded as selling; except a few names – including the home-grown ones who have managed to pop up their heads with pride.
By virtue of spending long professional career in markets thriving with brands of the world, where brand battle is a daily occupation I needed to retract my thoughts a bit before embarking on a subject which should be of understandable interest to the local business community and students of marketing alike.
Being â€˜nose-upâ€™ or â€˜brand arroganceâ€™ as we name it, has been a prime brand image killer and in many cases wiped out a brand itself.
Many brands failed because of this â€œI know it allâ€ ego-driven attitude since the advent of modern marketing science in the late 19th century.
It is hard to believe that renowned and respected companies still keep making the same mistake the world over â€“ imposing their brand attitude on â€˜targeted audiencesâ€™.
It has different aspects at different levels such as retail sales, customer service, customer relationship marketing (CRM) and many more.
However, here weâ€™ll talk only about brand extension in order to keep the general readersâ€™ interest intact!
A brand, after it is established over a period of time, forms its own â€œpersonalityâ€ and appearance in a certain specific way in the â€˜mindsâ€™ of its audience.
Just the same way we recognise certain personalities who have acquired fame on the basis of occupations they are intimately associated with.
Tiger Woods with golf, Michael Jackson as popular star, Sachin Tendulkar with cricket or Obama as a politician.
They are not known in any other way. Similarly Cosmopolitan as a lifestyle magazine, Coca Cola as a soft drink, Colgate for toothpaste or dental care. Whenever an established brand tried to â€œimposeâ€ itself on its audience with â€˜anythingâ€™ but the way it is known in public domain â€“ it failed.
Yes, some brands succeeded in putting through a new line of product or service under the same name – of course after in-depth market research.
Upon close examination one would finds that these successful diversifications have had some relation with the parent line of business.
We call it related diversification. However, all those â€œnose upâ€ brand custodians, whenever they tried to introduce anything (unrelated line extensions) without a proper understanding of their audiences, have failed miserably.
Let us go by a few cases. In 1983, when Coca Colaâ€™s market share was sliding with the advent of the new brand Pepsi Cola, it decided to change its formula and introduce itself as the â€˜New Cokeâ€™.
Even though Coca Colaâ€™s marketing department had done intensive objective feedback research before embarking on the new formula, they had terribly missed something.
The unimaginable emotional connection of their consumers with the brand Coke! So the day the new brand was launched with a big hype, it immediately flopped. There were even public protests! An immediate turnaround to the classic Coke only saved the reputed company from complete annihilation by Pepsi Cola.
The new formula was abandoned and Coca Cola publicly said â€œsorryâ€ to its consumers!
There are others who failed while trying to â€œimposeâ€ on their audience something they are not known for.
Cosmopolitan, the 36-language publication giant tried to launch Cosmo Yoghurt thinking it would appeal to its health and beauty-conscious audience to cut down on body fat.
Instead it had to withdraw the product almost immediately. Pepsi tried Crystal Pepsi â€“ a coffee substitute and failed.
Tata Motors in India, who have always been famous for heavy utility vehicles failed miserably with their initial attempts at launching 4×4 vehicles like Sierra and Safari.
What Tata did later on was, after gradual preparation of their launching ground, through marketing introspection, to bring in successful acceptance levels.
It is not that un-related diversification is a â€˜tabooâ€™ for any brand, NO! But a â€œdumpingâ€ approach is definitely a prescription for failure.
There are examples of diversified brand extensions done successfully, for example look at the Virgin Group.
It has diversified over the years from airline to music, finance, media to space tourism!
The bottom line is one needs to prepare the ground for any brand extension – and â€œmore extensively soâ€ for the unrelated ones.
With these thoughts in mind, it would be interesting to see how Coca Cola Company fares with its new venture into branded milk market in the United States this new year with a high-end brand named Fairlife!
The author is a marketing professional currently based in Lusaka.