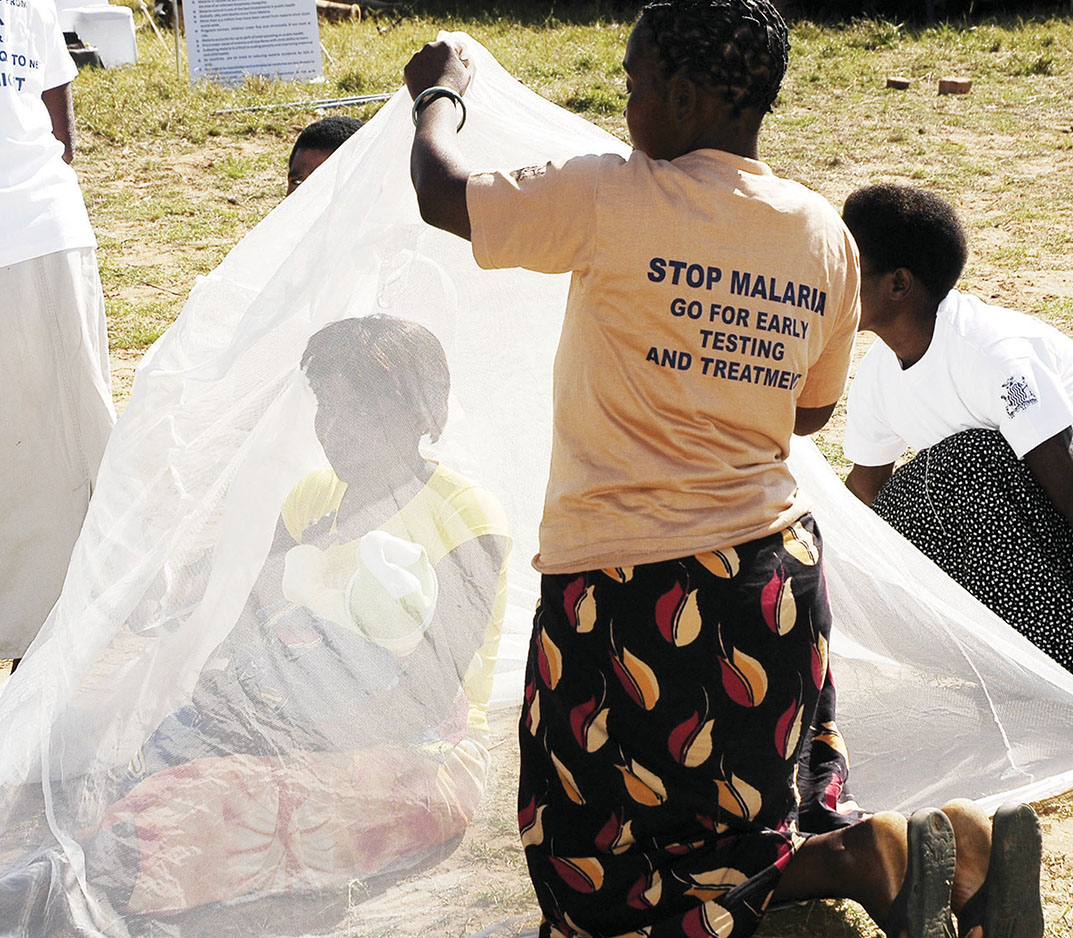 LINDA NYONDO, Solwezi
ALTHOUGH Zambia has made strides in malaria prevention and control in the last five years, the disease has continued claiming lives in the country.
Malaria affects more than four million Zambians annually, accounting for approximately 30 percent of outpatient visits and resulting in almost 8,000 deaths each year.
Under-five children and pregnant women are the most vulnerable, especially those in remote and impoverished areas, with 35-50 percent of under-five mortality and 20 percent of maternal mortality attributable to malaria.
Malaria is both preventable and treatable, but it is a complicated disease whose prevention and control requires multiple interventions.
In Solwezi, the health team has put up a spirited fight against the disease which is caused by the female anopheles mosquito which is responsible for the incidences in the province.
North-Western Province is currently recording the highest cases of malaria in Zambia. However, the district health team has worked hard to reduce the cases of malaria from 908 per 1,000 population in 2016 to 746 per 1,000 in 2018.
Provincial district health planner Ackim Machila says a survey conducted recently in the province revealed that 80 percent of the population have the malaria parasite adding that eight out of 10 people in the province are carriers.
Mr Machila is saddened that despite the high percentage of the population being malaria parasite carriers, few people adhere to preventive measures such as indoor residual spraying and use of treated mosquito nets among others.
“Strategies like indoor residual spraying, test and treat, distribution of treated mosquito nets have not contributed towards malaria elimination in the province,” he notes.
Mr Machila attributes failure of the interventions to bad attitudes by people towards prevention.
For example, majority of the residents in the province use the treated mosquito nets to make hedges for their gardens, wedding dresses and fishing nets.
And an impromptu visit conducted in Kizhinde Zhinde Township in Solwezi by Churches Health Association of Zambia (CHAZ) health team revealed that the residents have little knowledge about malaria, how it is spread, treated and prevented.
One of the residents Harriet Muzala, 37, whose son had symptoms of malaria was given coartem and herbal remedies as treatment.
When her son started shivering and complaining of body pains, she took him to the clinic where after being tested, no malaria parasites were found in his blood.
“I, therefore, decided to put him on a coartem course but when there was no improvement I put him on a traditional herbal remedy,’’ Ms Muzala says.
Christabel Lupiya, 24, a mother of three, who is pregnant with her fourth child alleges that nurses at clinics are in the habit of teaching people about HIV and tuberculosis only and no information on malaria, symptoms and how it can be prevented.
Ms Lupiya says hardly does a month elapse without someone passing away due to Malaria.
“I was last given a treated mosquito net when I had my youngest child who is now three years. However, whenever a person in this compound goes to the clinic and they are diagnosed with malaria, they are given a prescription asking them to go and buy coartem which is a challenge to us who have no money to buy the drug,’’ she says.
Ms Lupiya is of the view that issuing of prescriptions by medical personnel is what has led to people in rural areas that have no income or little income to resort to herbal medicines.
Some of the traditional malaria remedies being used by most people in North- Western Province is ulwena whose leaves are boiled and administered to the patient to inhale for 10 minutes or more while covered with a thick blanket.
The residents are so steeped in traditional medicine that they believe conventional medicine cannot be as effective.
Dorothy Mambwe 47, of the same township boils sugar and tea leaves which she allows to ferment for three days until the water starts testing sour.
“None of my children have been taken to a clinic or hospital whenever they get sick. I have always administered traditional herbal remedies,’’ she says.
It is for this reason that the provincial health team in partnership with CHAZ a global fund recipient has come up with an ambitious strategy to eliminate malaria by involving the locals who include traditional leaders and other influential people.
The district health team has also localised the national slogan of “malaria ends with me” by asking people to personalise it.
“We hope to reduce the cases of malaria to 300 per 1000 population in 2019 and below 200 per 1,000 population in 2020,’’ Mr Machila said in Solwezi during a sensitisation meeting for traditional leaders, influential community members and journalists.
The health team has trained and will continue training community health care givers who will carry out door to door campaigns educating people on the importance of using the recommended malaria preventive measures, how to identify symptoms of the disease and the need to visit a clinic when unwell.
Community care givers will also be trained on how to diagnose and treat malaria within the communities.
CHAZ and the traditional leadership in North-Western Province should be commended for implementing practical measures to eliminate Malaria in the province.

Childminders: Curse or blessing?
A life sentence ideal for defilers