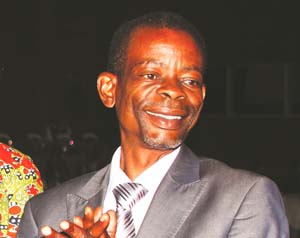 BUTTYSON KANDIMBA, Kasempa
MINISTER of Chiefs and Traditional Affairs Joseph Katema says development projects being implemented in Kasempa, North-Western Province, gives the people in the region confidence that the Patriotic Front (PF) government is serious about developing Zambia.
Dr Katema said Government is aware of the challenges Zambia is facing and is resolved to address them as evidenced by the number of projects being implemented in Kasempa.
He said Government, through the Ministry of General Education, is building two blocks of classrooms at Nyoka and Kafulafuta primary schools at a cost of K43,318 and K98,390, respectively, and that the works are at 98 percent and 99 percent, respectively.http://epaper.daily-mail.co.zm