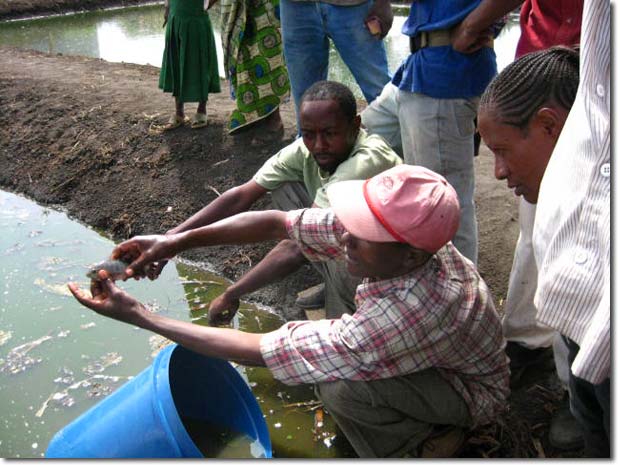 By FELIX NKINKE
GOVERNMENT has set aside K200,000 to replenish fish stock that has been depleted partly through bad fishing methods.
The government will start restocking Mweru Wantipa using cages in which fish will be bred in enclosures immersed in the lake. The fish is released into the lake at a certain stage of their growth.
The Fisheries Department is promoting fish cage farming in the province as a measure to increase harvest and preserve aquatic life.
Authorities in Northern Province are concerned that fish depletion in the province is on the increase and cage fishing could act as a solution to the problem.
Northern Province agriculture co-ordinator Andrew Banda said in an interview that fish stocks were dwindling partly because of bad fishing methods by local fishermen in major water bodies in the province.
â€œThe rate at which fish has depleted in major water bodies in the province is alarming. Among the major bodies we are talking about are lakes Bangweulu and Mweru Wantipa.
Bad fishing methods are to blame for this development. But we have come up with measures to restock fish in areas that are key to production in the province,â€ he said.
Mr Banda was speaking when he addressed journalists touring the province under the National Savings and Credit Bank paid a courtesy call at his office.
Mr Banda said each cage will accommodate over 2,700 fingerlings and currently there are three cages where fish are being bred.
Another similarÂ  programme is also underway on Chilubi Island which is surrounded by Lake Bangweulu.
Mr Banda urged fishermen to engage in proper methods to allow fish to breed.
â€œWe are seriously appealing for proper fishing methods among fishermen. The use of mosquito nets is unacceptable. We have put laws in place to curb the use of these items in major water bodies,â€ he said.
Mr Banda also said fish breeding in the province was being done at Musamfu Research Centre where species from Lake Tanganyika are being bred using modern methods such as fish egg incubation to produce fingerlings for sale in the province.
He said another project under the Citizen Economic Empowerment Commission is underway in Mpulungu where about 150,000 fingerlings where sold to farmers last year.