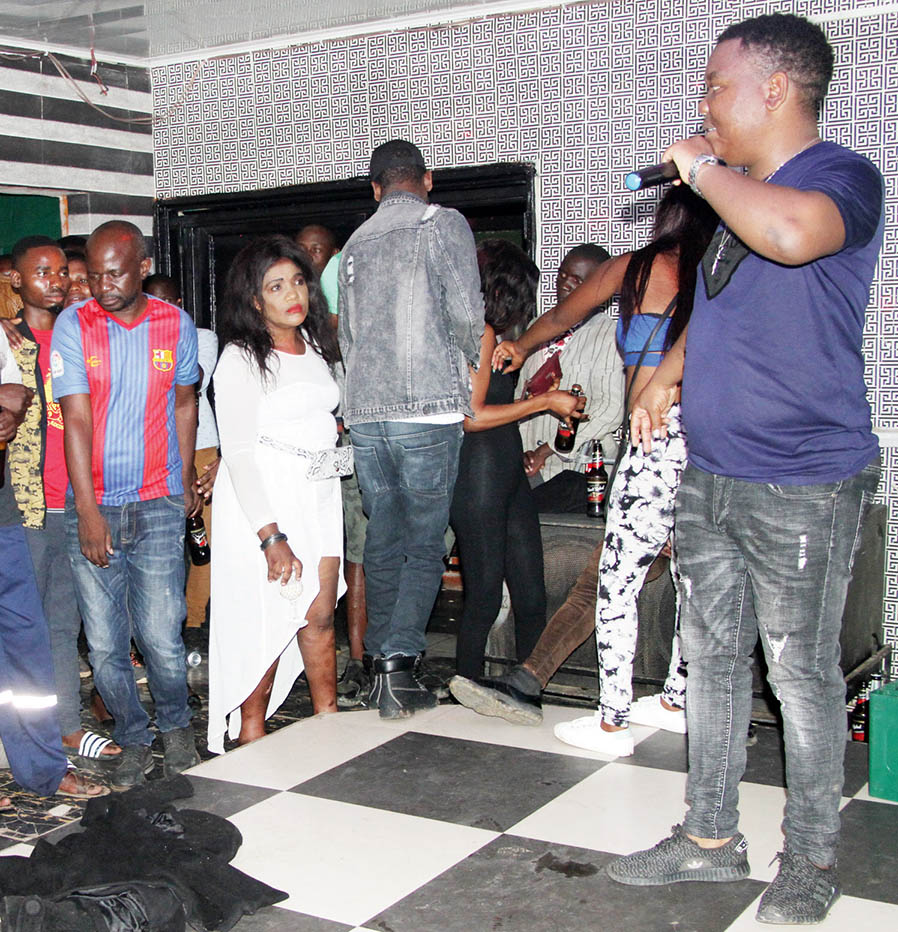 STAFRANCE ZULU, Ndola
MWILA Mulenga, who normally plays with his band Revolution, treated fans to a musical bash at Winkers Discotheque in Ndola’s Lubuto township last Friday.
But this time around, there was no Revolution Band. At Winkers Discotheque, it was karaoke that was at play.
As early as 21: 00 hours, Mwila had already pulled the crowds at a venue where he has become a familiar face.
With Phill Collins’ Another Day in Paradise, he was good to start his performance.
He was not alone. Sun FM Radio own disc jockey Steve So Sick was on hand to support him.http://epaper.daily-mail.co.zm/