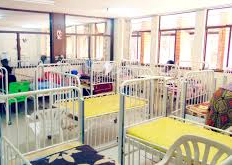 MWAPE MWENYA, Mpongwe
SAINT Theresa mission hospital in Mpongwe district did not record any maternal deaths in 2016 compared to 2015 when the health institution had one death.
Hospital administrator Annie Chiluba who was speaking in interview, attributed the development to regular antenatal check-ups and women giving birth at the health institution and not at home.
â€œEven teenage mothers are not so much at risk because the hospital has engaged a gynaecologist to regularly monitor expectant mothers.Â  Hospital staff have also been retrained on how to detect early signs of pregnancy complications to ensure that no woman or child dies during delivery,â€ Sister Chiluba said.
Sister Chiluba said Prevention of Mother to Child Transmission (PMTC) has also been enhanced, especially for teenage mothers.
â€œWhen it is discovered that a child is born from a mother who is HIV positive, necessary precautions are taken with the hospital monitoring the health of that child until the age of one year six months,â€ she said.
She said the hospital is also one of the few centres on the Copperbelt offering free cervical cancer screening adding that a number of women have been screened and treated when the cancer is in its initial stage.
She said when the cancer is advanced, patients are referred to the Cancer Diseases Hospital in Lusaka.
â€œMy appeal is for women to go for cancer screening, early detection prevents death. The hospital will continue sensitising communities on the importance of screening for cervical cancer,â€ she said.
Sr Chiluba said the hospital has also opened a GBV One-Stop Centre and a Voluntary and Counselling Centre.