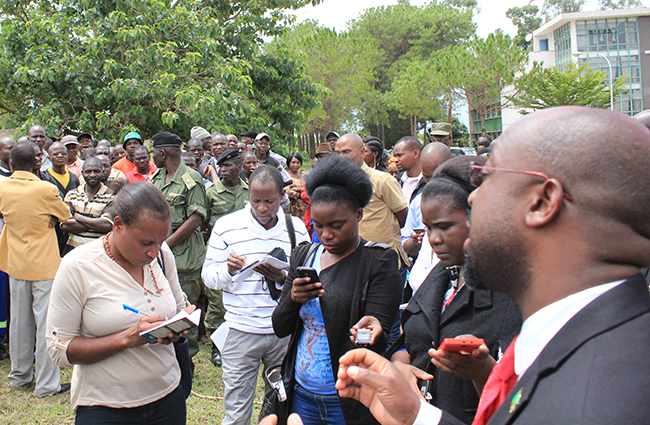 MWILA NTAMBI, Mpika
MINISTER of Transport and Communication Brian Mushimba has urged parastatal companies to be commercially-minded and profit-oriented instead of waiting for Government to solve all their problems.
Speaking when he paid a courtesy call on Mpika District Commissioner Moses Katebe at his office in Mpika yesterday, Mr Mushimba said parastatals such as the Tanzania Zambia Railway Authority (TAZARA) will disadvantage themselves if they think Government will always bail them out every time they face financial problems.
â€œParastatals will have to change the way they work and become commercially minded. They have to take an all-hands-on-deck approach and not business as usual,â€ Mr Mushimba said.
He said Government has a lot of competing needs and that it is up to the people running parastatals to present sustainable and viable plans of how they hope to revamp operations in their firms instead of thinking Government will always spoon-feed them.
â€œIf TAZARA was aggressive enough and gave us plans on how they hoped to improve their operations, as Government, we would find resources to help them but the challenge is they sit back and wait for handouts from Government,â€ he said.
Mr Mushimba was reacting to concerns raised by Mr Katebe regarding the various operational challenges facing TAZARA.
And Mr Mushimba said Government has sourced funds from the Chinese government to instal communication towers across the country.
Mr Mushimba said 1,009 towers will be installed and Huawei Technologies will handle the project.

No foreign spouses for cops
Luapula gets early-maturing seed