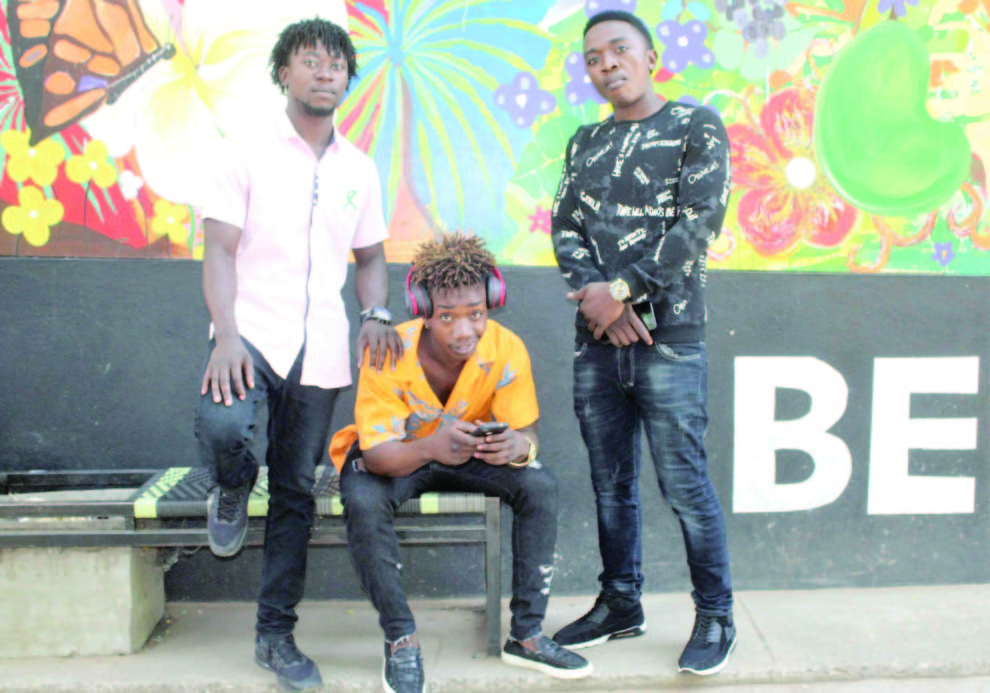 NDANGWA MWITTAH, Livingstone
THEY can do just about everything. Yes! Just about everything. That is why the Livingstone trio of siblings Emmanuel and Jeff Musonda together with Jimmy Manchinshi decided to call themselves Jae Squad.
“We have no specific genre,” says Emmanuel. “Our music cuts across many genres. We are into dancehall, afro-pop, rap, RnB and even hip hop.”
According to the siblings, the group, which initially started out as a four-member group in 2014 before Jae Omas quit to pursue a career in teaching, is ready to put the tourist capital in the spotlight musically.
Emmanuel, 25, whose stage name is Jay Ruller, is a gym instructor at their fathers owned and managed gym at the Royal Livingstone Golf Club together with his younger brother Jeff, 22, whose stage name is Jae Cristal and Jimmy Manchishi, 24, alias Hamvee Jae.
“I am also into male modeling,” adds Emmanuel who was scheduled to participate in the Mr Zambia Male Models 2020 pageant.
“We used to have rap battles while at Linda Secondary School. We would have cyphers with the guys from other schools such as David Livingstone sometime in 2013 and 2014,” says Jeff as he reminisces on how the group started. “At the time, we were not done with school, so, we never really took CLICK TO READ MORE

What to do when fans can’t come
COVID-19: The elephant on canvas