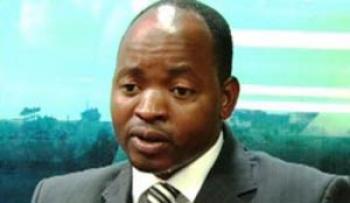 UNITED Party for National Development (UPND) spokesperson Cornelius Mweetwa says there is no appetite on the part of the ruling party to either persecute or prosecute former President Edgar Lungu. Mr Mweetwa says issues surrounding Mr Lungu’s immunity are constitutional matters, which cannot be handed by his party or an individual. “So issues of immunity are issues of the law, they are issues of the Constitution, they are not issues of the UPND, they are not issues of HH [President Hakainde Hichilema],” he said during an appearance on Hot FM yesterday. Mr Lungu has publicly stated that he believes the UPND government is after him. He also said he is still involved in politics and can be consulted. “It was sad to see the former President ECL speak the way he did,” Mr Mweetwa said. “But, again, we are human beings, to err is human, who doesn’t err? So if someone makes a mistake and you jump on it, who is going to remain without an issue?” He has urged Zambians to pardon Mr Lungu, saying he is still stressed with the outcome of last year’s general election in which he lost power together with the Patriotic Front (PF). “We cannot be jumping on some of the blunders of former President Lungu’s speeches, but whatever he said, those are CLICK TO READ MORE

You have the wrong man, says pastor’s wife

State to recruit over 380 prisons officers