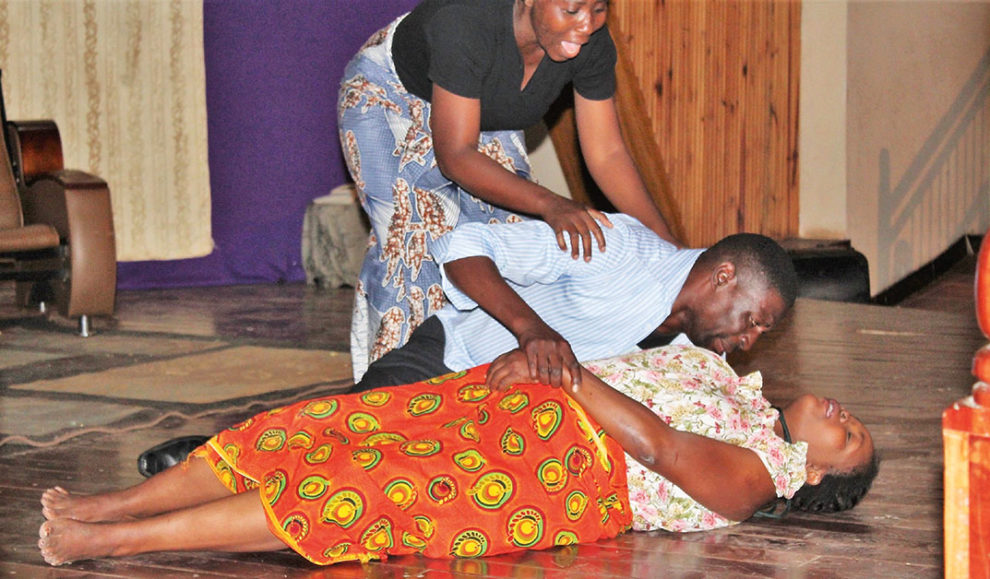 NDANGWA MWITTAH, Livingstone
NKWAZI Theatre Club last weekend emerged as the biggest winners at the National Theatre Arts Association of Zambia (NATAAZ) second Defence and Security Theatre Festival held at Maramba Cultural Village in Livingstone.Other than Nkwazi, which is sponsored by the Zambia Police, there was also the Zambia Army outfit Green Buffaloes Theatre Club and the Zambia National Service (ZNS) group Zanase.
But it was the play by Nkwazi titled “The Bride Price” which is written and directed by Lee Kabongo that emerged as the Best Production with a score of 66 percent. It beat “Product of Pain” by Green Buffaloes which had a score of 64 percent and “The Wife & The Maid” by Zanase which polled 61 percent.
It was a tight contest though.
“The fact that all productions were in the range of 60 [percent] shows that we still have a lot of work to do,” chief adjudicator Buster Tembo said.
Francis Malunga wrote and directed “Product of Pain” while Milton Chipipa directed the Joemwa Mtsinje Mwale-written “The Wife & The Maid”.
When it came to individual categories, Nkwazi swept the most awards.
Prince Jere, who was playing the role of Dalitso in the play, won the Best Actor while Nancy Ng’andwe aka Diva Cop playing the character of Nchimunya emerged as the Best Supporting Actress with Barbara Mupanga getting the Best Actress Award for her role as Michelo, Dalitso’s wife.
Youthful Lee received the Best Director Award for his efforts on the play to give Nkwazi a total of five awards out of the nine that were available.
Malunga, who had previously directed Nkwazi, later wrote on Facebook: “I had hoped for more awards but God gave me three awards out of nine. For the second time, I won Best Script Award from the Defence and Security Festival. I must confess that I have the Midas touch in the arts. What I touch turns into gold. Bantu Empire became a household name because of the plays I directed and awards that followed afterwards. Nkwazi Theatre from underdogs to a force to reckon with today, and now Green Buffaloes Theatre Club. All glory to God and those who believe in my artistic prowess.”
Others who were awarded are Aubrey Luo as Best Supporting Actor for his role in the Zanase play. Zanase was recognised as the most disciplined theatre group at the festival.
Christine Chilambwe Sampa won the Best Upcoming Actress for her role in “Product of Pain”.
The play is about a wife being gang raped by dangerous criminals resulting in the birth of a child. Now, the question is, should that child bring joy or hate?
The other members of the cast in this play included Chama Chilufya and Annie Ngulube who were also part of the Green Buffaloes cast that performed at State House during the Africa Freedom Day commemorations.
The ZANASE play featured the likes of Andrew Mtawale aka Alofa and Lenia Sakala who is also known as Arde. 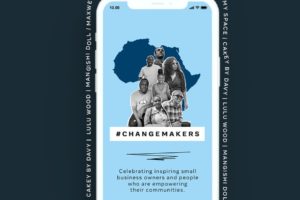 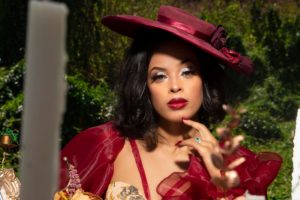 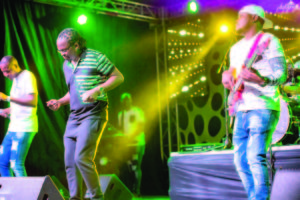